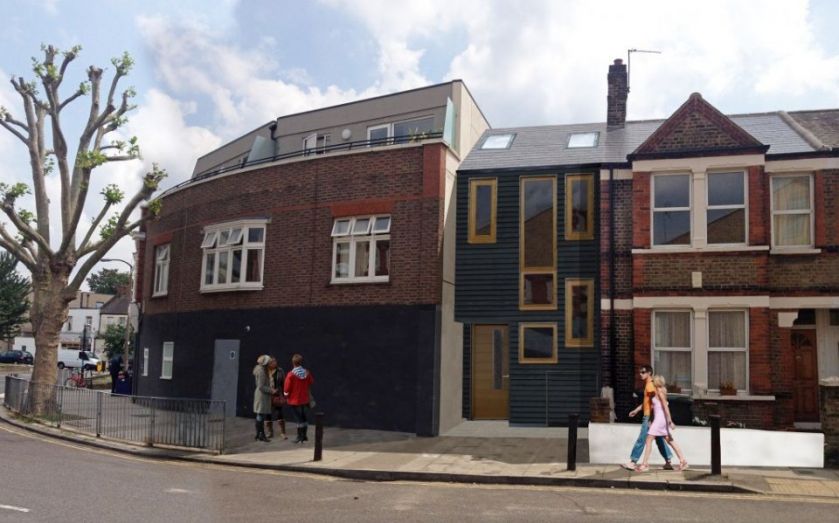 After last week's 7ft house (a snip at £235,000) comes a new competitor for the title of "most number of rooms squeezed into smallest amount of space" – this 12ft wide house in South London. It isn't due for completion until the beginning of next year, but that hasn't stopped its developers from putting it up for sale for a cool £490,000. That's £535.50 per sq ft.

The house, on Revelon Road in Brockley, is just 915 sq ft but manages to fit in a courtyard garden, two double bedrooms, two bathrooms and a "home office area". Never fear, though: it's "architect designed". So presumably it'll include lots of natty nooks and crannies to keep clutter at bay…

Rick Asbury, the man who both designed the house and is developing it, said the site was originally a "disused alley" (a feature everyone wants for their dream home).

As the race for building space becomes more competitive in London we need to look at the previously overlooked sites which offer the potential to be transformed into great homes. These small tight sites can be in great locations but are often derelict or full of rubbish because no one has had the foresight or creativity to use them.

If you're the kind of person who wants to live in a disused alley, the house is being sold by Kinleigh, Folkard & Hayward.