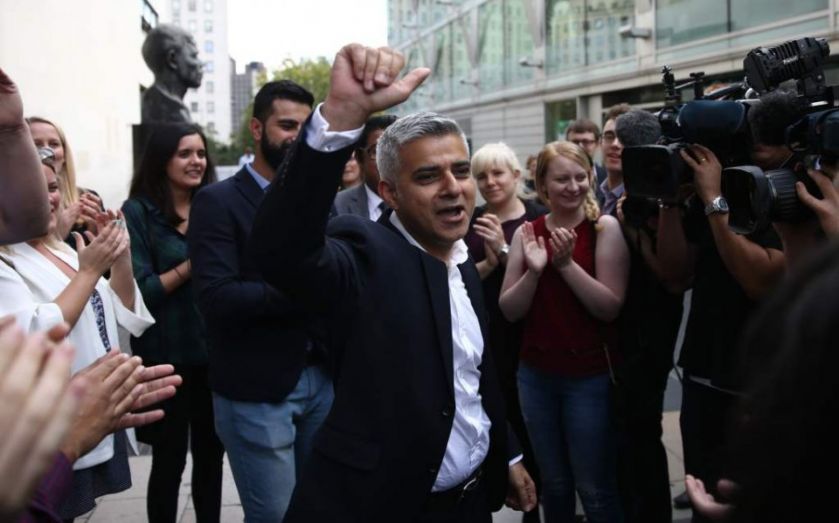 London’s economic success is built on its openness to the world. Our unrivalled connections with the markets of Europe, the Commonwealth and emerging economies allow our businesses to thrive.
The mayor of London plays a crucial role in negotiating access to new markets, acting as a salesman for the capital as a safe haven for investment, and planning the infrastructure required for growth. But we face a real choice at the mayoral election next May over whether we remain an open and connected city over the decades ahead.
I firmly believe that Britain’s membership of the European Union is critical to the success of our city. Having full access to the world’s biggest single marketplace brings billions of pounds in trade and investment into London. Millions of jobs are created by our businesses as a result. London needs a mayor who will lead the campaign to remain in the EU.
Read more: Housing is the capital's greatest challenge says London mayor candidate Sadiq Khan
The risk of Britain leaving the EU is very real now that the Conservatives have selected Zac Goldsmith, an avowed and lifelong Eurosceptic, as their mayoral candidate. It’s a risk that London’s companies simply can’t afford to take.
I firmly agree with the capital’s businesses when they tell me that we urgently need extra runway capacity in London and the South East. Just look at the direct London-to-Ahmedabad flights that recently ceased to run. That means that there is limited access for London’s entrepreneurs to India’s “Gujarat Miracle”, and the vast business opportunities presented by the state’s explosive growth. As mayor I’d work to reopen that route.
But I don’t believe that Heathrow is a realistic solution. A third runway would significantly increase air pollution, which caused the deaths of 10,000 Londoners last year alone. And because we are already contravening the EU’s air quality directives, any attempt to expand Heathrow would be delayed by decades of protracted legal battles. I support the expansion of Gatwick instead, which I believe is both more deliverable and more affordable, and which offers major growth opportunities in South London. And that’s in stark contrast to my Conservative opponent, who is opposed to any new runways in London and the South East at all.
Read more: Umunna: Tory mayoral candidate Zac Goldsmith is a threat to London business
London needs an immigration policy that helps our businesses create more jobs and wealth for Londoners, but the Conservative government is instead making it harder for our entrepreneurs to succeed. Ministers’ restrictions on working visas mean that businesses can’t recruit employees with the skill-sets they need. And we have the ridiculous situation where government policy has led to a sharp drop in the number of foreign students studying at London universities. That means less money for our education sector and a reduction in UK-India trade, in which education is the single biggest sector. As mayor I’ll bang the drum for a common-sense immigration policy that is designed to maximise growth, and call the government out when they get it wrong.
Over the next decade, London has the potential to go from being one of a handful of truly global cities to becoming the World City for business and trade. We can build on our position as the world leader in financial and professional services. We can nurture our burgeoning tech, fintech and creative sectors to conquer the world. Our low-carbon sector can take advantage of the sustainability revolution happening in India and China.
But to achieve that potential, we must remain open for business. And that means electing a mayor who will be relentlessly pro-business and pro-growth. I will be that mayor.