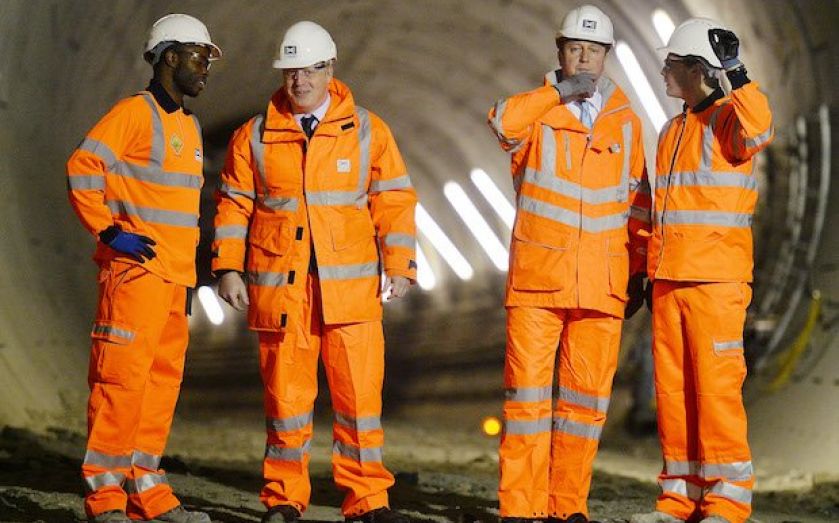 IT MIGHT seem absurd to be talking about Crossrail 2 when Crossrail 1 has only just hit the halfway mark. But the uncomfortable truth – and I mean this literally for London’s rail users – is that, as soon as it opens, Crossrail 1 will be full to bursting.

We are playing a desperate game of catch-up when it comes to London’s rail transport capacity. The capital’s population is forecast to grow by 1.5m over the next 20 years, reaching 10m around 2030. And Londoners are particularly reliant on public transport: half of those who work in London use it to commute, compared to just 9 per cent of workers in the rest of the UK.

Many parts of the existing network will be unable to cope without further expansion. In just one consequence of inaction, by 2030 Network Rail expects a capacity shortfall on mainline services into Waterloo of around 20,000 passengers in the single high peak hour. That’s equivalent to up to 20 train loads of passengers left stranded.

Efficient transport is an essential element for any successful economy. That’s why we are pressing the government hard to move ahead with Crossrail 2. A new south-west to north-east line would transform some of the most crowded sections of the Underground network, adding 10 per cent to current public transport capacity across London. It would also slash journey times. A trip from Euston to Wimbledon would fall from 33 minutes to just 17 minutes, for example.

But the government has called on Crossrail 2 supporters to show “how at least half of the cost of the scheme can be met through private sources, ensuring it will be affordable to the UK taxpayer”. We are, for the first time, able to make those assurances. A report we are releasing today identifies over £23bn of potential funding – almost double the estimated £12bn cost. Those who benefit most from Crossrail 2 could do the most to fund it – from rail and Tube users, property owners and developers, to businesses.

Rail and Tube passengers would see significant relief from congestion across the network, with many benefitting from new and quicker routes. Developers will see a positive impact on property values and chances to participate in extra development along the line and around stations. The evidence from Crossrail 1 is compelling. CBRE has estimated, for example, that the value of existing residential properties around its stations has risen by 20 per cent – or £14.7bn. A GVA report estimated that it will help to support the delivery of over 57,000 new homes.

Businesses would gain from the connectivity and growth supported by Crossrail 2, while council taxpayers would see significant congestion benefits across the transport network.

It is only a menu of options, and it would be up to the mayor and government to negotiate a fair package, sharing costs as done so effectively with Crossrail 1. But as a recent TfL and Network Rail consultation showed, 95 per cent of almost 14,000 respondents strongly supported or supported Crossrail 2.

We now need to turn that desire into reality if our city isn’t going to become an intolerable place to get around.

Francis Salway is chair of the London First Crossrail 2 taskforce, and a former chief executive of Land Securities.