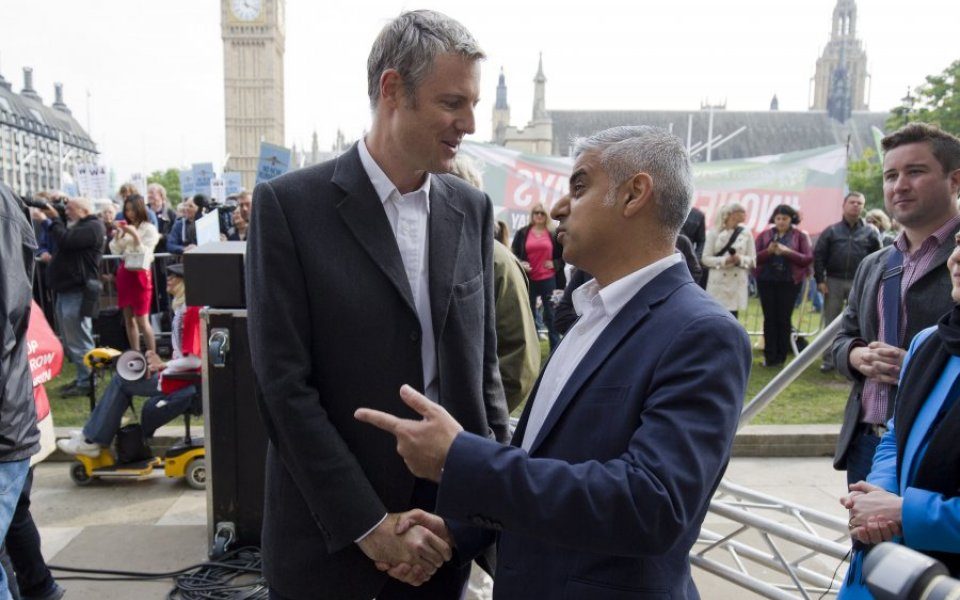 Labour mayoral candidate Sadiq Khan has suggested that he would reverse Boris Johnson’s decision to block expansion at London City Airport, saying today that as mayor he would “reconsider” plans to enlarge the East London airport.

Khan, a former transport minister, said that if elected he would “look again” at the decision “in detail”.

“City Airport is very small in comparison to major airports like Heathrow and Gatwick, with a fraction of the number of flights, and would remain so even after this expansion,” Khan said. “We need to make sure that key environmental and noise tests are met, but the proposals would provide the City with a capacity boost and I’m willing to look again at this.”

“London needs more airport capacity to support business to create the growth and jobs of the future. Without more flights, there is a real risk London will be left behind,” he added.

In an interview with City A.M. last month, Khan’s Conservative opponent, Zac Goldsmith, said that he would “be very strongly inclined to support Boris” in opposing City Airport expansion.

“I think that the idea of increasing traffic over that part of London, over a very densely-populated part of London, when it doesn’t seem to me to offer a solution to our capacity issues, I think goes against the grain,” Goldsmith said, adding, “I don't see it as part of a solution to London's aviation capacity problem.”

While City Airport is significantly smaller than the likes of Heathrow and Gatwick, its passenger numbers have been grown rapidly in recent years, from 2.8m in 2010 to 4.1m this year.

There are currently around 70,000 take-offs and landings each year, but in 2009 the airport’s owners were granted permission to increase capacity to 120,000 flights.

But the airport’s growth prospects depend largely on its £200m exp­ansion plans, which hit a wall earlier this year when Johnson ordered Newham council to veto the application over fears it would create a “noise ghetto” for people living under the flight path. The council had initially approved the plans, which include extending the terminal, creating extra parking spaces for larger planes and building a new parallel taxi lane to make more efficient use of the existing runway.