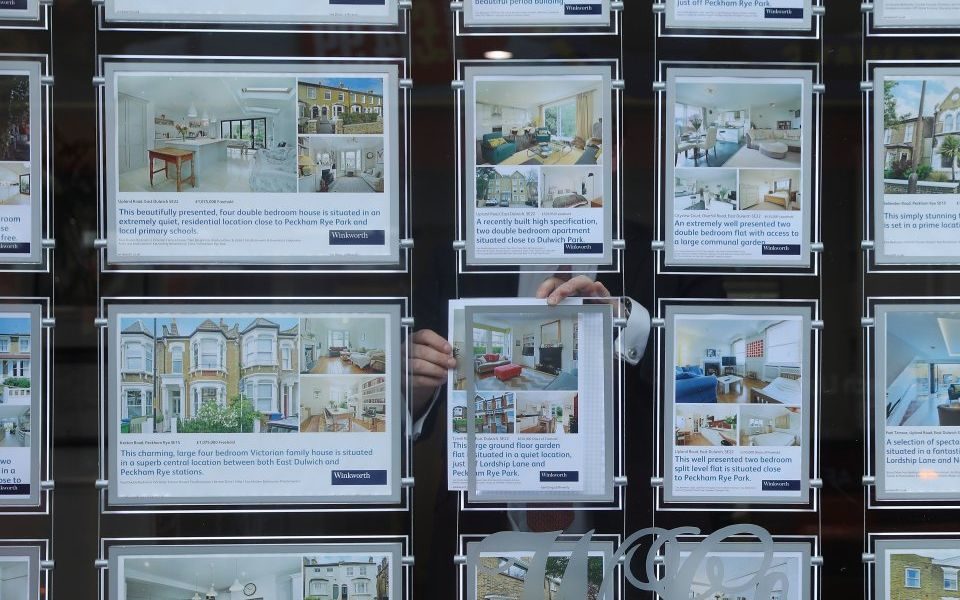 London house prices fell in October as slowdown in the capital dragged down UK property price growth to its lowest level in five years.

House prices in London fell 0.3 per cent in October, taking the annual price fall in the capital to 1.7 per cent, according to data released today by the Office for National Statistics (ONS).

The sluggish figures dragged the average price rise across the UK to 2.7 per cent, the lowest annual rate since July 2013.

Uncertainty in the run-up to Brexit has led to a stagnation in the capital’s property market, with house prices falling each month since July this year. The latest fall takes the average London property value to £473,609.

The ONS said falling house prices have mainly been driven by inner London boroughs, where annual growth has been negative since the beginning of the year.

But prices in outer London fell by 0.2 per cent in October, the first annual fall since 2011, suggesting the slump has now spread into the suburbs.

Chris Sykes, mortgage analyst at Private Finance, said: “While the rest of the UK may be enjoying positive growth for now, it’s important to remember the wider UK property market often takes its lead from London.

“With Brexit uncertainty likely to continue well beyond 29 March, UK house prices could be set to weaken nationwide in 2019.”

ONS figures also revealed UK inflation fell to a 20 month low in November, rising just 2.3 per cent. It said the slowdown was fuelled by a drop in petrol prices ahead of Christmas.

Jonathan Samuels, chief executive of Octane Capital, said: “The million dollar question at present is whether the property market slowdown turns into a property market meltdown.

“With Brexit day approaching, the hope is that strong employment levels, falling inflation, a lack of supply and continued low borrowing rates will prevent a collapse in prices.”