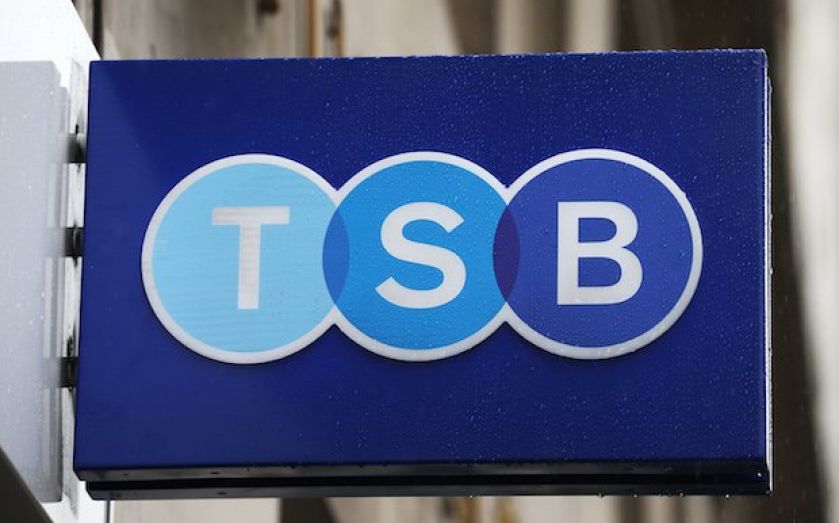 Lloyds is selling a bigger chunk of TSB than had been expected as the part-nationalised lender takes a bullish approach to spinning off the new challenger bank this morning.

The bank is selling 35 per cent of TSB, more than originally expected thanks to a surge in demand.

And with shares priced at 260p, firmly in the upper half of the 220p to 290p price range originally set out, Lloyds is banking on interest from US investors that has boosted demand over the last week.

The price values the new high street lender at £1.3bn, and brings in £455m for Lloyds in today’s sale.

The bailed-out bank had initially wanted to sell 30 per cent or more of TSB, but cut that down to 25 per cent when investors suddenly turned cautious on the flotation market.

However, strong demand from overseas institutional investors and from small shareholders in the UK finally persuaded the giant bank to sell off more of the challenger.

Retail investors will take 30 per cent of the shares, also more than industry insiders had been expecting.

The only factor slowing down the demand for the stock was TSB’s warning that it does not expect to pay a dividend until 2017.

The 260p share price values the bank at roughly 80 per cent of its book value – a factor Lloyds hopes will prop up demand early on as investors hope the price will rise over time.

In addition, that would let Lloyds sell its remaining stake for a higher price over the next year. It has to sell its entire stake by the end of 2015 under the terms imposed by the European Commission as part of its 2008 bailout.

To prove it has set up a true competitor in the market, Lloyds had to give TSB a strong capital position and a healthy loan book. Those loans are of such high quality that TSB would have made money back in 2010 and 2011 when Lloyds was still losing billions of pounds.

Despite the strong demand, commentator David Buik from Panmure Gordon yesterday warned investors could be over-paying for the stock.

“This price looks bold to us and TSB looks richly priced,” he said.

“I just hope these retail investors have had access to independent valuation.  It has been hard to come by.”

However, analyst Gary Greenwood from Shore Capital has argued the shares are under-priced on the basis that the bank is well placed to take advantage of the hike in interest rates, which is expected late this year or early in 2015.