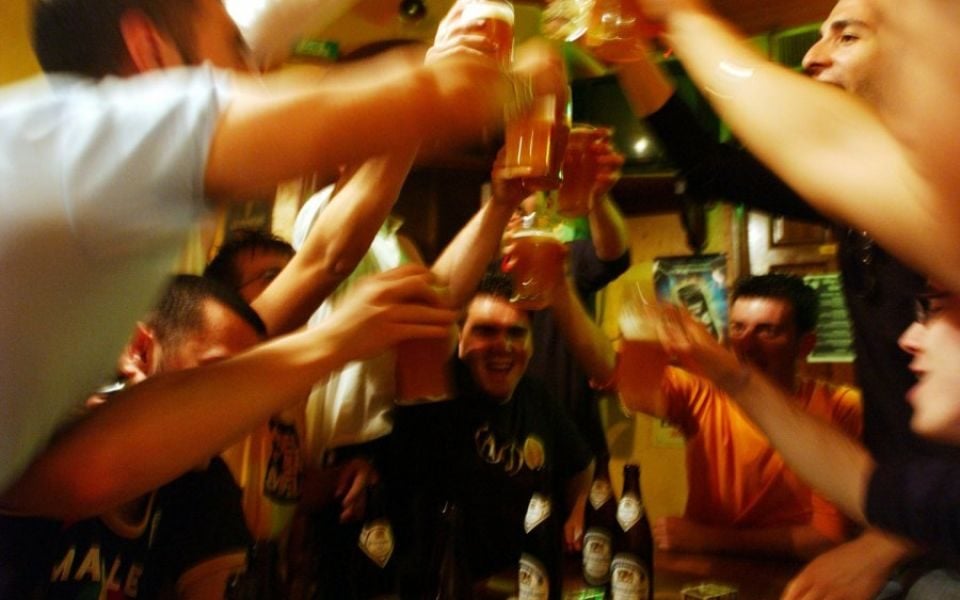 Lloyd's of London has banned alcohol during work hours, and anyone found to be under the influence is now barred from the premises.

It’s an extreme measure – but one that Lloyd’s clearly feels is necessary to curb excessive drinking and inappropriate behaviour.

However, the potential downside to enforcing a ban might not help employees shift their attitudes and behaviour towards drinking. Forcing a change on individuals can prompt a backlash, potentially causing problems in other areas of the business.

And there are other, arguably more effective, ways of dealing with a drinking culture at work.

Employers should show their staff that alcohol isn’t the answer to winning deals, entertaining clients, or networking at events.

If you think your company might have a problematic drinking culture, you could encourage staff to undertake a challenge like One Year No Beer so employees can see – and feel – the advantages of taking a break from booze. They can then make their own decision on whether they want to go back to drinking or not.

During my years as a broker, I experienced the pressure, and I had concerns that not drinking would prevent me from securing deals. It was not until I decided to change my relationship with alcohol that I became far more productive at work, and actually delivered better results overall.

There is a global shift taking place, and the UK's drinking culture today is not as bad as it was 10 years ago, but we still need a change in attitude.

It goes without saying that the UK has a strong drinking culture, and peer pressure is definitely a problem. We recently surveyed 1,697 people on our One Year No Beer challenge, and 96 per cent said that they “had experienced having a drink when they didn’t want to”.

So how do you master the art of giving up alcohol when your colleagues are egging you on to drink?

Rather than seeing it as something to give up, instead think of it as a gain. In a company environment, it can help to let colleagues know that you are doing a challenge – when they know that there is an end date, the peer pressure reduces.

For people who decide to take a break from alcohol, one common concern is that they won’t fit in with colleagues if they stop drinking, which is nonsense. It’s a case of riding it out, and focusing on the benefits you’ll gain from going alcohol-free, such as reduced anxiety, weight loss, and better sleep.

In terms of work, relationships improve, productivity increases, and money is saved. If you’re set on doing the challenge, it’s not always going to be plain-sailing. But it’s when you overcome the obstacles that it builds self-worth, and that’s far more gratifying than having a drink.