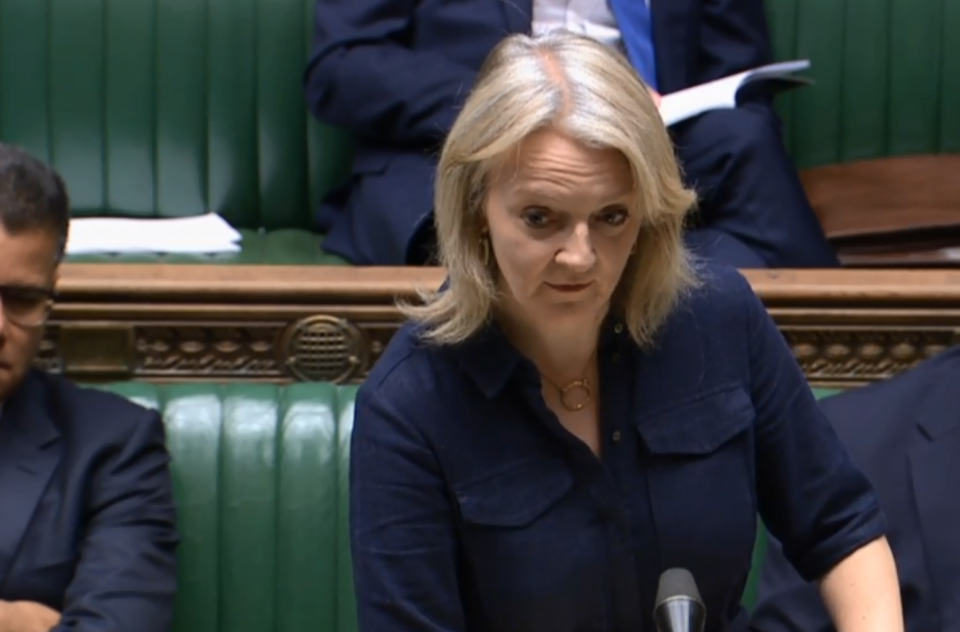 Britain’s international trade secretary has apologised for the second time this month for approving arms sales which could be used in the war in Yemen, after it emerged the government made two further breaches of a pledge not to do so.

Ministers promised in June to stop green-lighting export licences to Saudi Arabia and its military coalition allies for use in Yemen, after a challenge by campaigners at the Court of Appeal.

But Liz Truss faced calls to resign ten days ago after admitting to two “inadvertent” breaches of that promise.

Today, she admitted that after an internal review, it has emerged two further export licences were granted for items that could be used in the conflict.

“It is possible that more cases will come to light,” she added.

British export policy says that military equipment licences should not be granted if there is a “clear risk” weapons might be used in a “serious violation of international humanitarian law”.

Judges hearing the case earlier this year said existing licences should be reviewed, but that they would not be suspended straight away. However, Truss predecessor Liam Fox had assured them the government would not grant further export licences while it considered the ruling.

The UK has licenced over £4.7bn in arms exports to the Saudis since the bombing of Yemen began in March 2015. Equipment sold includes Typhoon and Tornado fighter jets, which firms like BAE Systems and Rolls Royce, the FTSE 100 defence giant and engineering firm respectively, have had a hand in making.

SNP MP Chris Law, a member of the international trade committee, called the news a “shocking revelation” and accused the government of putting “profit ahead of upholding international humanitarian law”.

Labour’s shadow international trade secretary Barry Gardner said: “The evidence presented during the court proceedings earlier this year… proves that the government has failed to abide by its own undertaking”.

Read more: UK on the ‘wrong side’ of international law over Saudi arms sales

One of the licences was found as a result of an internal probe which is still ongoing within Whitehall. “This license has not been used and has now been revoked,” Truss said.

Another was found after the government reviewed the countries which it considered part of the Saudi-led military coalition. It has also been subsequently revoked “insofar as it applies to Jordan,” she told the Commons.

“The government is in denial over how badly regulated the UK arms industry actually is.

“As we’ve seen with arms exports to Saudi Arabia, the UK has failed to take the proper precautions when greenlighting arms sales.

“Billions of pounds worth of military hardware has been sold to Saudi Arabia and its coalition partners despite the clear risk that this could be used by the Saudi-led military coalition in Yemen to carry out indiscriminate attacks on homes, hospitals and market-places.

“The UK needs suspend all further arms sales to Saudi Arabia for use in Yemen while carrying out a root-and-branch overhaul of its thoroughly discredited arms control system.”