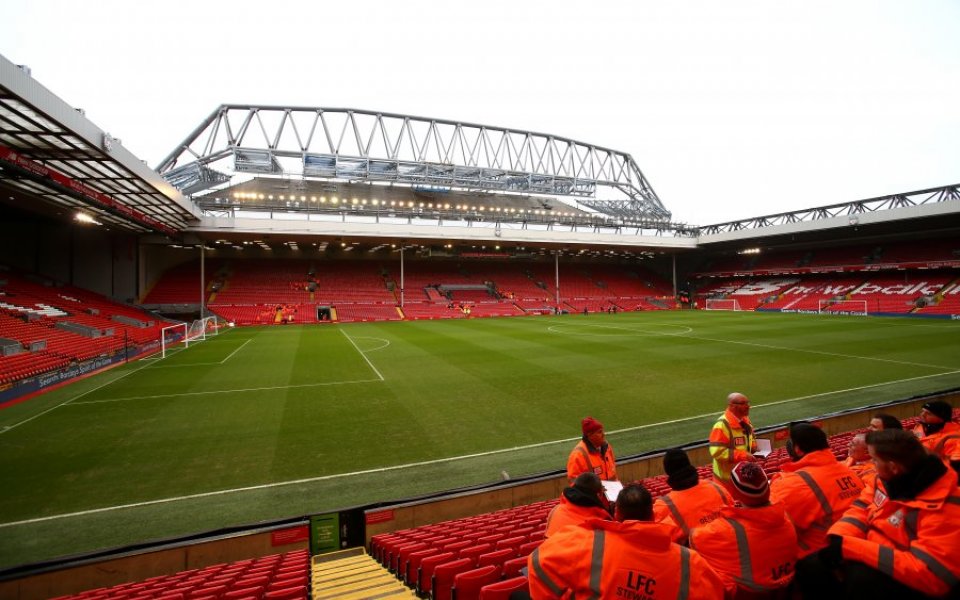 Liverpool are looking to the cash-rich Chinese market for a potential buyer of the naming rights to Anfield's new main stand, valued up to £9m a season by the Reds.

The club's chief commercial officer Billy Hogan has reportedly travelled to China to meet firms interested in having their branding on the expanded main stand, which is due to open at the start of next season and will boost Anfield's capacity by just under 9,000 to 54,000.

According to figures cited in the Daily Mail and the Times, Liverpool are hoping to agree a 10-year deal sponsorship deal for the stand worth between £70m and £90m.

European giants Atletico Madrid and Manchester City are both part-owned by Chinese firms, while Bayern Munich, Arsenal and Real Madrid have all struck up retail partnerships with the country's ecommerce giant Alibaba.

Liverpool are reported to be interested in a similar deal that could promote its branded merchandise in the country.

The Merseyside club currently lag behind their Premier League rivals in terms of matchday and commercial revenue – something they hope will be alleviated by the extension to its main stand and the sale of any naming rights attached to it.

Liverpool's most recent financial accounts for the 2013/14 season reveal matchday and commercial income of £51m and £104m respectively.

In contrast, Chelsea enjoyed income of £71m from matchday operations and £114m from commercial deals, while Manchester United made £108m and £189m respectively.