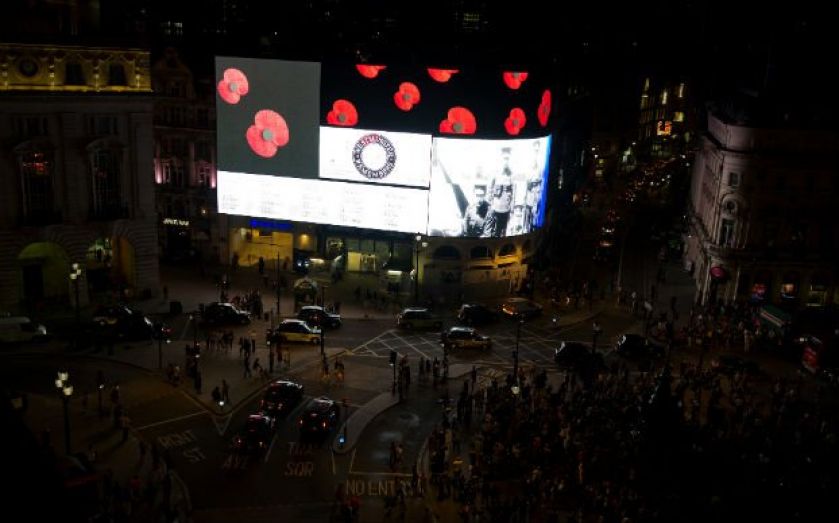 Lights have gone out across the capital to mark the centenary of Britain's entry into the First World War.

The screens of Piccadilly Circus played a roll of honour naming the 2,000 residents of Westminster borough who fought and died in the war. 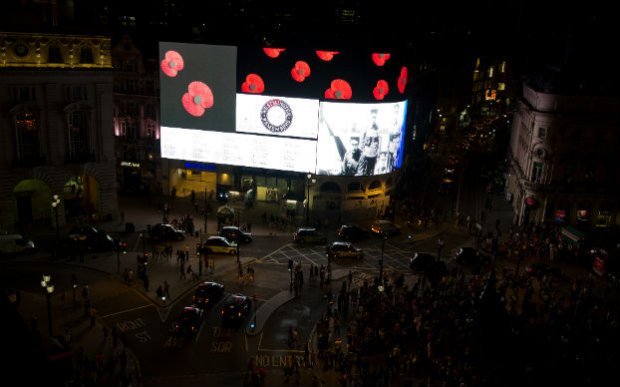 The work of art "Spectra" created by Japanese artist Ryoji Ikeda shone a white column of light into the sky which could be seen across the city.