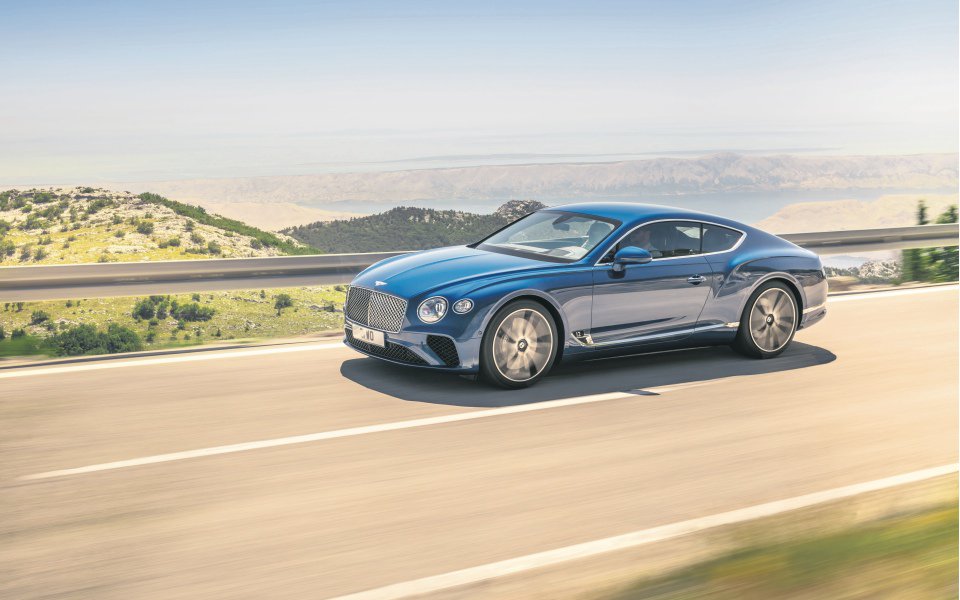 Say the word ‘veneer’ and most people think of cheap MDF furniture. Bentley, however, takes veneer very seriously. Its team of expert veneer hunters scours the globe for the finest wood finishes, rejecting up to 70 percent of each chosen tree. Then, the process of testing and treating the veneer takes at least 18 months before fitment to a car. That simply isn’t the case with a Billy bookcase.

The veneer in the new Continental GT First Edition is called Liquid Amber. It’s sourced from the Mississippi wetlands and smoked for several weeks before shipping across the Atlantic to Crewe. And, like everything else inside Bentley’s new £156,700 coupé, it’s exquisite – a light, lustrous grain that manages to look both classic and contemporary.

This contrast of traditional and modern lies at the heart of the third-generation ‘Conti’. On the one hand, it’s an archetypal grand tourer: a style of laid-back luxury sports car that flourished in the 1950s. On the other, it’s explosively fast, relatively efficient and stuffed with up-to-date technology. Don’t break out the Union Jack bunting just yet, though, as Bentley faces some formidable rivals. Is all that class and sophistication just a veneer (sorry)?

It looks fantastic in the metal, all sweeping curves and muscular haunches. There are some lovely details, too: the headlights resemble intricate pieces of jewellery, while the broad, oval tailpipes speak of subtle menace. Bentley has taken a leaf from the Porsche 911’s book, successfully evolving its design language without diluting it. 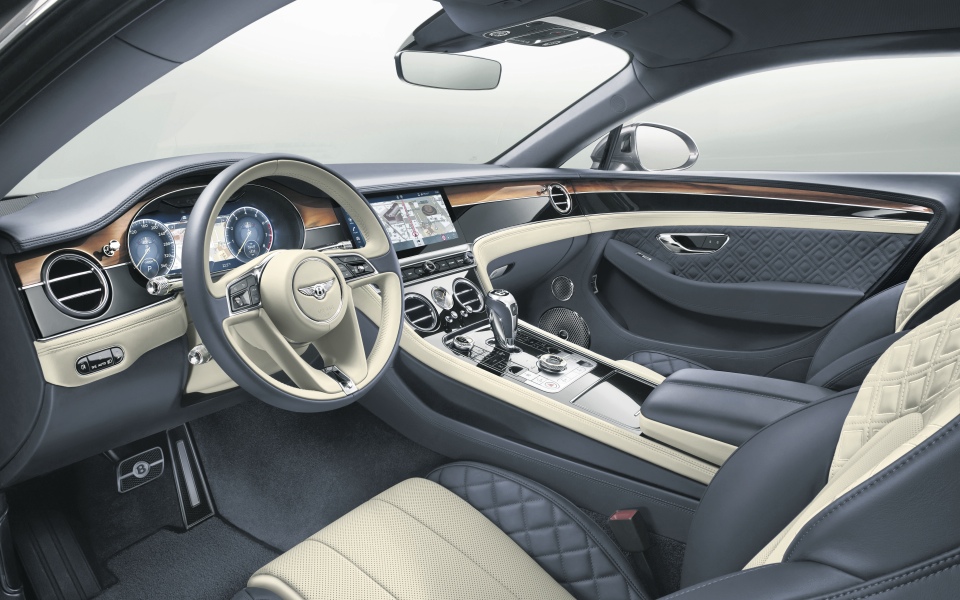 That interior also deserves a long, lingering look. Aside from lashings of Liquid Amber, the fully-loaded £191,500 First Edition tested here has quilted leather on the seats and door panels, drilled pedals and both Touring Specification (adaptive cruise control, head-up display) and City Specification (park assist, traffic sign recognition) packages. The highlight, though, is the optional Rotating Display – a Toblerone-shaped tube that flips between unadorned veneer, analogue dials (compass, chronometer and outside temperature) and a 12.3-inch infotainment screen.

A V8 version is in the pipeline, but for now the Continental GT is powered solely by a twin-turbo, 6.0-litre W12. Driving all four wheels via an eight-speed gearbox, it develops 635hp, plus a mighty 664lb of torque from scarcely above tickover. Bury your right brogue in the lambswool and it’ll launch to 62mph in 3.7 seconds, not letting up until 207mph. Not bad for a car that weighs as much as a Range Rover.

In motion, the Bentley is the metaphorical iron fist in a velvet glove: a haymaker punch when you need it, wafty and whisper-quiet when you don’t. The W12 (effectively two V6s spliced together) feels omnipotent – and keener to rev than the Conti of old. I even found myself switching to manual mode, in part to fondle the lovely knurled metal on the reverse of the gearshift paddles.

It’s still no Aston DB11 in the corners, but air suspension and 48V active anti-roll bars keep the chassis planted, aided by well-weighted steering and brutally effective brakes. On wide, flowing roads, it has the pace and composure to give some supercars a scare, along with the practicality to carry four people (at a squeeze) plus a generous boot-full of luggage. The only downside is the ride, which, on the 22-inch wheels of the First Edition, is more brittle than I’d hoped. Perhaps the standard 21s take the edge off.

The Bentley is a GT in the best sense, a car that you’d happily drive from London to Lisbon, then head for the hills on a Sunday morning. Handsome, luxurious and beautifully built, it cocoons you from the outside world without feeling remote. If you can stomach the asking price, it’s an effortless and engaging way to travel.