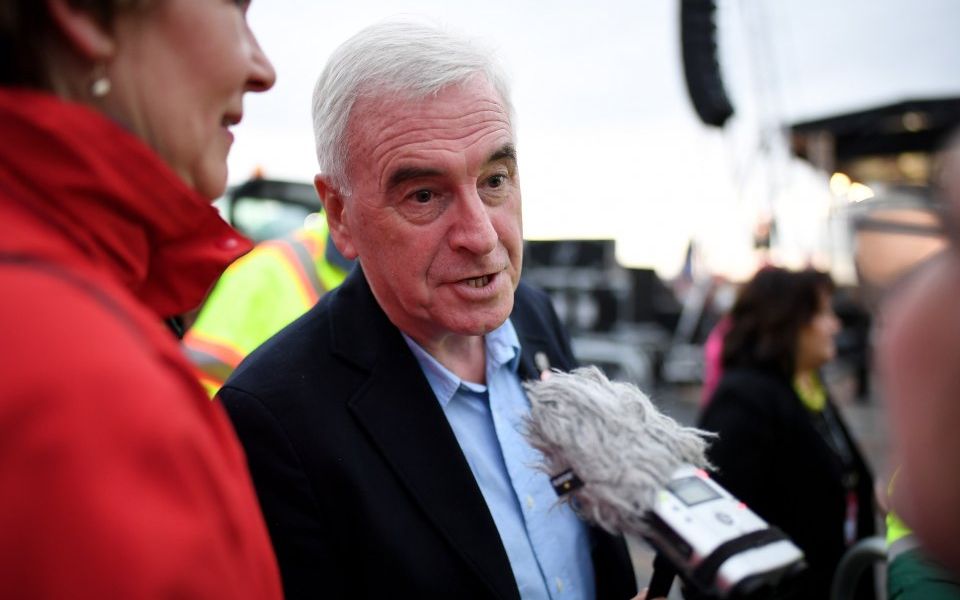 The Labour party opened up a new front in its war with business last night, revealing a plan to force companies to put 10 per cent of shares into so-called "inclusive ownership funds".

Workers could receive up to £500 a year from the funds, according to the policy. However, any additional revenues "will be transferred back to our public services as a social dividend".

The Conservatives attacked the plan as a stealth tax hike.

Labour said the funds would be mandatory for all companies with 250 or more employees, covering at least 40 per cent of the private sector workforce. "Workers effectively employed by an employer" would also be included in a bid to avoid "dummy contracting-out".

At its party conference in Liverpool, Labour has also called for laws requiring businesses to reserve a third of board seats for workforce representatives.

"Labour’s anti-business positioning is starting to bite," said Carolyn Fairbairn from the CBI.

"Rising wages are what everyone wants to see. But Labour is wrong to assert that workers will be helped by these proposals in their current form. Their diktat on employee share ownership will only encourage investors to pack their bags and will harm those who can least afford it. If investment falls, so does productivity and pay.

"Labour raises the right questions, but these are not the right answers."

The Institute of Directors said employee ownership could be encouraged through tax breaks or other incentives, but added: "To effectively force companies to transfer 10 per cent of company ownership from existing shareholders to employees is far too draconian. It could have a negative effect on business investment and business formation in the UK, and undermine the functioning of UK capital markets."

Adam Marshall from the British Chamber of Commerce said it was not clear whether the scheme would apply to unlisted firms. If so, he said it would amount to an "unprecedented intervention on the governance of private companies".

An Investment Association spokesperson said: "Savers already own the UK’s biggest companies. Labour’s proposals may sound inclusive, but worryingly can only involve the dilution of current investors’ shareholdings. Our concern is that ordinary savers and investors could face being short-changed by these proposals."

Progressive economists approached by City A.M. questioned the policy's £500 cap and focus on companies with a high head-count.

"I agree with the principle of broadening employee ownership of companies, but I think this formulation has a number of shortcomings," said Scott Corfe of the Social Market Foundation.

Economist Vicky Pryce commented: "My concern with this is the way it would be done. It caps dividends at £500. Once you reach that £500, why would you want to stay on or take an interest in the business?"

Conservative Treasury minister Liz Truss said: "This proposal is yet another tax rise from a party that already wants to hike taxes to their highest level in peacetime history. It would make it harder for local businesses to take on staff and pay them a good wage."

However, Labour-supporting businessman John Mills said: “This is the type of fresh economic thinking that this country needs. The UK's economy has been languishing in the doldrums for decades with low levels of investment and productivity, and living standards have fallen as a result."