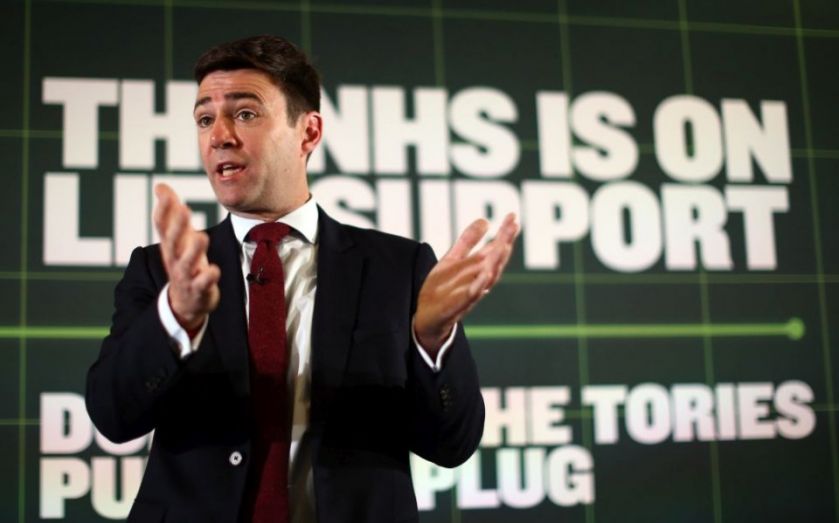 "New Labour officially dead and buried", tweeted Daily Politics presenter Andrew Neil as the Labour leadership election results came in.
Writing for the Guardian, general secretary of Unite the Union Len McCluskey also interpreted Jeremy Corbyn’s victory as “three parts optimism and one part repudiation of the ‘New Labour’ past”.
It is hard to disagree – however, in at least one major policy area, Labour repudiated its New Labour legacy well before “Corbynmania”: healthcare.
Former shadow health secretary Andy Burnham has long been calling for an end to awarding healthcare contracts to private companies, thus positioning himself against the New Labour health reforms of the 2000s, of which these contracts are a direct consequence.
The implicit rejection of Labour’s own legacy of pro-market NHS reform was also a recurring motif in the General Election campaign.
Read more: Bookies' tips suggest Jeremy Corbyn could last just 475 days in the job
And in a recent YouGov survey, even among supporters of the “Blairite” candidate Liz Kendall, 54 per cent picked the option “Want MUCH LESS private sector involvement in healthcare”.
So when Corbyn used his acceptance speech to congratulate the Welsh government for ending the “internal market” in the Welsh NHS, declaring that this is “something we want to do in the rest of Britain”, he was not setting out a new policy stance – he was merely expressing a fait accompli.
It was not Corbyn who exorcised the ghost of NHS reforms past. His party did that before he was even nominated.
Which is strange, because these reforms were a qualified success story. Let’s bear in mind what preceded them. Up until the mid-2000s, NHS providers’ budgets were unrelated to their performance, so there was no incentive to improve clinical quality or efficiency.
Read more: Has Labour got a woman problem?
Providers had little autonomy and patients were not allowed to choose providers: they had to go to whoever their GP referred them to. Private sector presence was confined to the margins.
This began to change in the mid-2000s. First, a new payment system, in which funding follows patients (the Payment by Results formula), was rolled out. This meant that providers were now competing for patients, because more patients meant more funding.
As a logical complement, patients were given the right to choose a provider at the point of referral, and that choice also extended to the independent sector.
Successful NHS hospitals were given greater managerial autonomy (becoming Foundation Trusts).
These reforms have never been fully followed through, but as far as they went, they worked. In my discussion paper Health Check: The NHS and Market Reform, published by the Institute of Economic Affairs, I review the evidence on those reforms gathered to date, and find that the results are encouraging.
Quite a few patients really do bypass hospitals with a poor reputation and seek treatment at better-performing ones. In the face of competitive pressure (even if limited), hospitals have begun to shape up.
The Scottish and the Welsh NHS are the closest thing to a counterfactual, because they are still more or less run like the old (and, if the Corbynistas get their way, the future) English NHS.
Even though they are, in per capita terms, better funded and generally better staffed than their English counterpart, their performance lags on most measures.
Rates of mortality amenable to healthcare are higher than in England, waiting times are longer, and hospital infections are more prevalent.
Corbynmania may be fashionable at the moment, but as in other areas, the policies have all been tried and tested before, and the results have been found wanting.
Hopefully, pro-market reformers in the Labour Party will not throw in the towel too soon. It is their ideas which have the better track record.