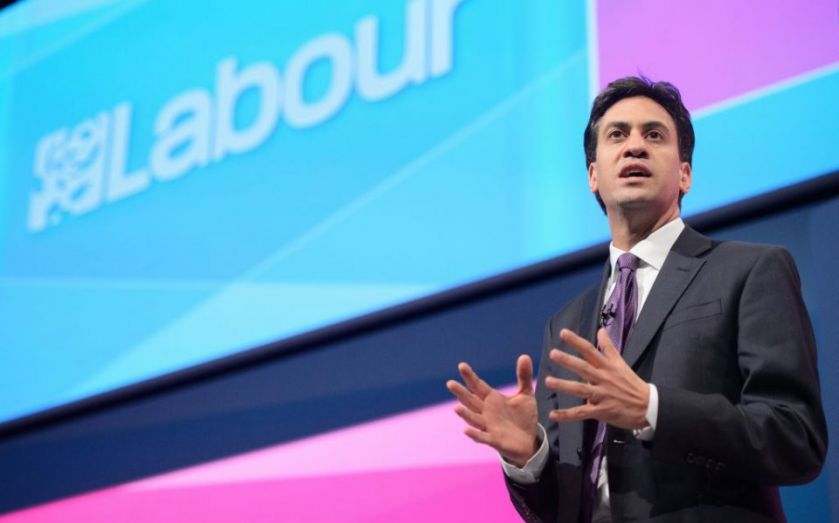 Labour kicked off its General Election campaign today in London's Olympic Park with Ed Miliband promising to cap the amount of profit private companies can make from the NHS at five per cent.

The Labour leader promised that if his party won this May's General Election it would put a stop to what he branded the"privatisation" of the health service. Any profits made above the five per cent cap will be returned for to the NHS.

The default cap will apply to all outsourced contracts with a value of £500,000 or more.

For the first time, we will cap the profits that private health companies can make from our National Health Service. The standard rule will be a five per cent cap, because the money we pay for our healthcare should be invested for patient care, not for excess profits for private firms.

NHS commissioners would have the ability to raise or lower the cap to deal with the specific circumstances raised by individual contracts. Commissioners will also be able to exit contracts early in the case of poor service.

The Labour leader added that he wanted to end private companies "cherry picking" easy cases. Miliband claimed the cap, combined with another £2.5bn, amounted to a double lock protecting the NHS.

While the move may cheer traditional Labour voters it could unnerve New-Labour stalwarts who argued for greater private involvement in the NHS. The policy could also be viewed as more ideological than practical and reinforce the impression Miliband has dragged the party to the left.

"This is a nonsensical proposal to solve a non-existent problem," said Adam Memon, head of economic research at the Centre for Policy Studies. "The proportion of the NHS budget spent commissioning healthcare from private providers has increased by just one percentage point since 2010.

"This is hardly evidence of wholesale NHS privatisation. More importantly, he should realise that firms delivering services and investing and innovating within the NHS can improve patient care," he added.