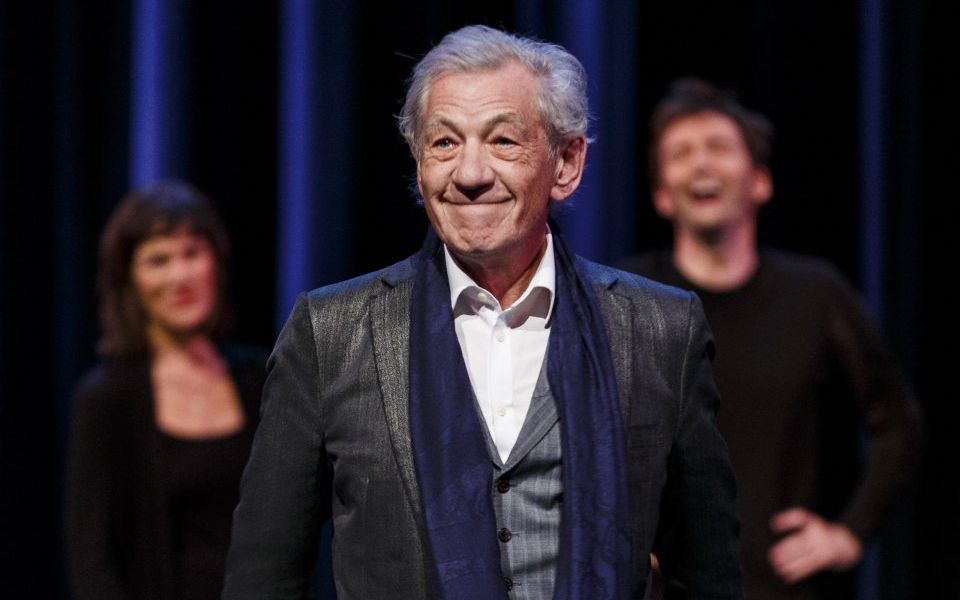 Sir Ian McKellen, titan of the thesps, returns to where it all started, the tiny but elegant Duke of York’s theatre where he made his West End debut in 1964.

And that isn’t the only detail that makes this performance of King Lear feel like a victory lap of sorts. For many, McKellen is the definitive Lear, largely because he toured the world playing him with the RSC in 2007 then starred in the film the following year.

He says in the programme for this production that he wanted to return to it “as if unfinished business” describing taking the role in old age as “more a therapy than a job.”

It was first performed in the cosy confines of the Minerva at the Chichester Festival Theatre, so the staging transfers well to this intimate venue. To bring the action even closer, a ramp has been installed through the middle of the stalls for characters to process regally, storm out angrily and be wheeled on hurriedly via stretcher. Shakespeare’s greatest tragedy – in which an ageing king divides the warring nations of Britain up among his scheming daughters – is brought bang up-to-date, replete with union flags and camoflage-clad soldiers.

Our current political predicament has brought a visceral edge to the notion of a divided Britain, a map of which is cut up with a pair of scissors and handed out by McKellen. It also elicits louder laughs for lines such as “tis the time’s plague when madmen lead the blind.”

Lear’s world is an uncomfortably familiar one where everyone is on manoeuvres, while he splutters in the middle, fearing that his inability to comprehend such betrayal is forcing him to lose his faculties. McKellen, who is nearly 80, is nevertheless in total command of the role, inhabiting his bone-shattering sense of mortality like a second skin.

This is a laser-focused Lear that never lets up. Every character is distinct, every gesture considered as sharp shafts of light cut sudden paths through the gloom. This is a slick production that’s lifted by an iconic performance. By passing up a ticket, you’re passing up a chance to see a real master at work.