Keeping the little guys in the loop: How Funding Circle hopes to fix the financial system 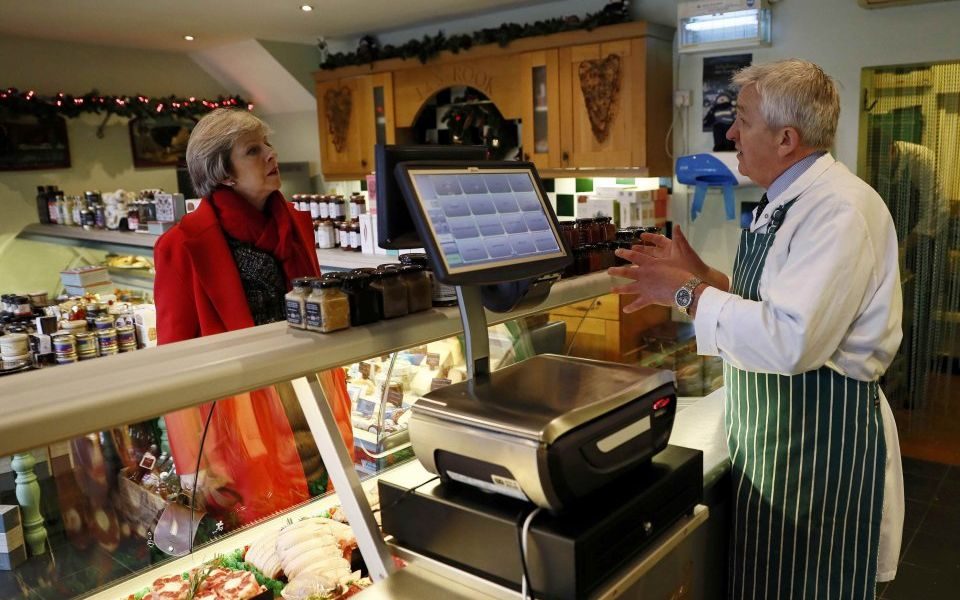 Let's be honest, financial institutions can be bleak places. Pretentious, impenetrable, and determined to make you feel conscious of your own tiny existence.

So when I step into the bustling hive that is Funding Circle’s office, it’s a breath of fresh air. There’s not a suit in sight, the place is immersed in a babble of chat and laughter, and some members of staff are elbow-deep in a game of table tennis – though admittedly, it was lunchtime.

Even their canteen, which has a polaroid-mosaic of every employee brandished on the wall, seems too trendy to belong to a finance firm. But should we be surprised that a company so integral in the new era of finance is switching things up a bit?

Here’s a team doing some serious work in trying to change a finance system which its founders describe as “broken”, but that doesn’t mean their work has to take all the fun out of life.

“When we think about the people we hire, it’s all about energy,” says Funding Circle co-founder James Meekings. “We want staff to share their excitement about what they do with others in the office – even if they’re talking about tax.”

It’s clear that the company is serious about creating a healthy workplace culture, but as many burgeoning firms know, instilling the values into a rapidly growing team is no easy feat.

A couple of years after the business launched, Meekings and his fellow founders, Samir Desai and Andrew Mullinger, decided to set certain values. “You soon realise that you are no longer going to meet everyone you hire. You start to see different behaviours emerge, so you have to codify how you want the company to behave.

“Most companies put values in place, but the real question is how you live those values.”

Of course, culture is a hot topic in the business world at the moment. Big financial organisations have come under scrutiny for their corporate culture, and even fresh-faced tech companies are not immune from criticism over some pretty questionable behaviour.

Natasha Jones, Funding Circle’s head of comms, says a company’s behaviour comes from the top. “When people are empowered to make decisions, there are times when they will make the wrong call. But here, it’s a no-blame culture; we work together to come up with a solution, and learn from it for the future.”

Values are to rules what spirituality is to religion, and often an inflexible set of rules at massive institutions can be the bugbear for consumers and employees alike.

But fintech firms like Funding Circle often want to encourage freedom and innovation among their (relatively young) staff members. Meekings says he wants to allow people to be creative when finding solutions to problems.

“Even though we now have 800 employees, we still feel like a small business. We still push for opportunity and for people to be creative.”

Being entrepreneurs themselves, it’s clear that the founders of this fintech firm understand the needs and challenges of small business owners.

“Entrepreneurs will always see the opportunity in a bad situation, and latch onto the positives – because there are a lot of negatives,” he chuckles, with a glint in his eye that tells me he’s seen things. “You can’t let that wear you down. There’s also no one to carry you through the hard times, so you need to motivate yourself.”

Funding Circle has seen some astronomical growth over the years. In its first month back in 2010, it lent £50,000 through the marketplace. But the company now lends north of $200m every month in four different countries around the world.

And the 30,000 British businesses that now borrow through Funding Circle are a colourful mix, dotted across every region in the UK.

“The finance system is broken for every type of business,” says Meekings. “Lots of small businesses are born out of adversity, so it’s amazing to be able to support them, and for investors to be a part of it.

That’s what’s lost through banking; when people put deposits into their bank, they are supporting businesses – they just don’t know it because there’s not that connection.”

But being open and transparent can be quite an alien thing to some parts of the financial services industry. This is where digitally-oriented companies like Funding Circle can step in to overhaul the way people think about finance, helping consumers understand the benefits that can come of investing their money. If you were to invest in hundreds of companies through Funding Circle’s platform, you can click through to find out details on each individual business.

While the company uses the traditional underwriting process used by the banks to ensure a pair of human eyes looks over each loan, it combines this with machine learning.

“There are different complexities in business lending; when we launched, we didn’t have any data, so we employed experienced credit underwriters to look at every single loan – regardless of how big or small the loan was. And as you build up more data, you can vary the level of experience you need for different loan sizes, and combine the use of algorithms and artificial intelligence.”

While the banking world will often price loans based on their size, Funding Circle aims to ensure that it’s the level of risk that’s the focus, rather than the amount of money being borrowed.

So if you had a £1m loan and a £10,000 loan that had the same level of risk, investors would expect the same return. “We have a more sophisticated pricing mechanism which aims to be more competitive.”

And essentially it’s about making sure that the little guys don’t miss out on vital funding.

“Small businesses are quite awkward in that they slip between end-consumers and corporations,” Meekings explains. They might be the most unloved part of the banking world, but SMEs contribute to most of our GDP. This is about a fundamental re-wiring of an industry, which Funding Circle hopes to drive.

He reckons that the banks will continue to retreat from the SME space as the impact of the EU referendum sinks in. In fact, disconcerting figures from the Bank of England indicate that net lending to SMEs has been shrinking since the summer of 2016.

But the raft of alternative lenders, means the picture isn’t as dire for SMEs as it could be. And for Funding Circle, it’s about ensuring these fledging businesses stay in the loop.