But JP Morgan kept its lead, almost $400m ahead of its closest rival and also increasing its fee income by 9.5 per cent compared with the same period of 2012.

Total fees across the industry came in at $56.8bn, a rise of three per cent, indicating both banks increased their market share. 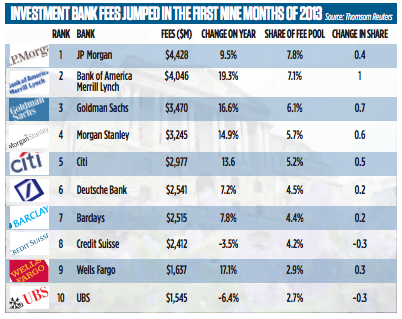