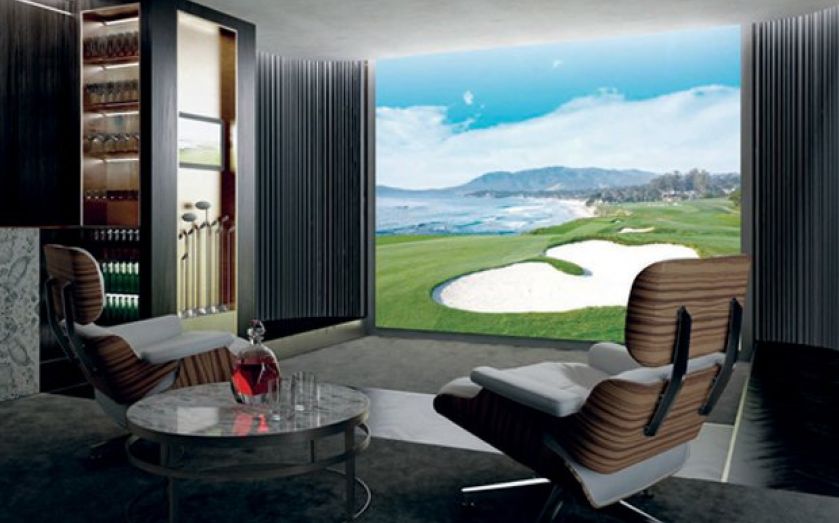 HOLIDAYS are great. Want to go to the gym without stepping outside in jogging bottoms? Fancy a swim at 2am? Want to relax in your own private bar? And on top of that, there’s someone on the end of the phone waiting to fulfil your every whim.

The recent influx of prime property in London means that new builds are coming with more and more facilities so they stand out in the luxury market.

Developer Berkeley Homes hopes to catch the attention of high-end buyers with One Tower Bridge which offers access to a virtual golf course where you can play an 18-hole round after a hard day’s work with the help of a computer-generated simulator.

“The specifications for premium central London developments such as One Tower Bridge need to match those found in the finest five star hotels,” says Jon Hall, sales and marketing director at Berkeley Homes. “Facilities such as 24-hour concierge, a state-of-the-art gym and indoor swimming pool are now considered standard.

“Buyers’ expectations have reached a level where they are now looking for developments which offer more in terms of luxury and residents’-only facilities such as entire health complexes.”

The 1.6 hectare site boasts a business lounge, and a private balcony, terrace, or roof garden for all 356 one, two, three, and four bedroom apartments and penthouses.

Living in One Tower Bridge is set to feel even more like a holiday as Berkeley Homes is also planning a boutique hotel in the existing Grade II listed St Olave’s School next door.

Harrods Estates is set to run the 24-hour concierge service which includes the hire of a private jet.

Luxury facilities are also set to feature in The Heron, the City’s first major residential development in over 30 years.

Simply residing in the Square Mile should feel like staying in a hotel as only about 8,000 people live there.

“The Heron was designed to offer the very best in terms of quality, including an unparalleled service; therefore, we came up with the concept of creating an exclusive private club within the development, designed to give those living in The Heron additional space for business, entertainment and relaxation.”

Situated in the heart of the City, the 36-storey tower opposite Liverpool Street station will hold 285 one, two, and three bedroom apartments.

The inhabitants will be able to meet their neighbours in the club’s landscaped roof garden with a cinema, private dining, a games room, and a library.

Exclusive hotel-like facilities cannot be discussed without mentioning the lavish One Hyde Park in Kensington, once referred to as “the world’s most hyped luxury flats”.

Launched in 2011 with the cheapest flat priced at £6.75m, developers decided to enlist the help of the hotel next door, The Mandarin Oriental, to provide bespoke dining and spa treatments.

You won’t even have to fight it out for the steam room here as the pool sits alongside two of them, two saunas, squash courts and private gym studios for those who’d rather sweat it out without an audience.

Virtual golf is also available for residents along with an 18-seat cinema, two private business meeting rooms and The Park Library.

Developers CPC Group must have been expecting potential buyers to gain a lot of friends once they purchased their new luxury pad so they also threw in the Serpentine Suite which can be hired out by residents for their private parties.

For more information on One Tower Bridge, call Knight Frank on 020 7861 5499 or visit www.knightfrank.com.