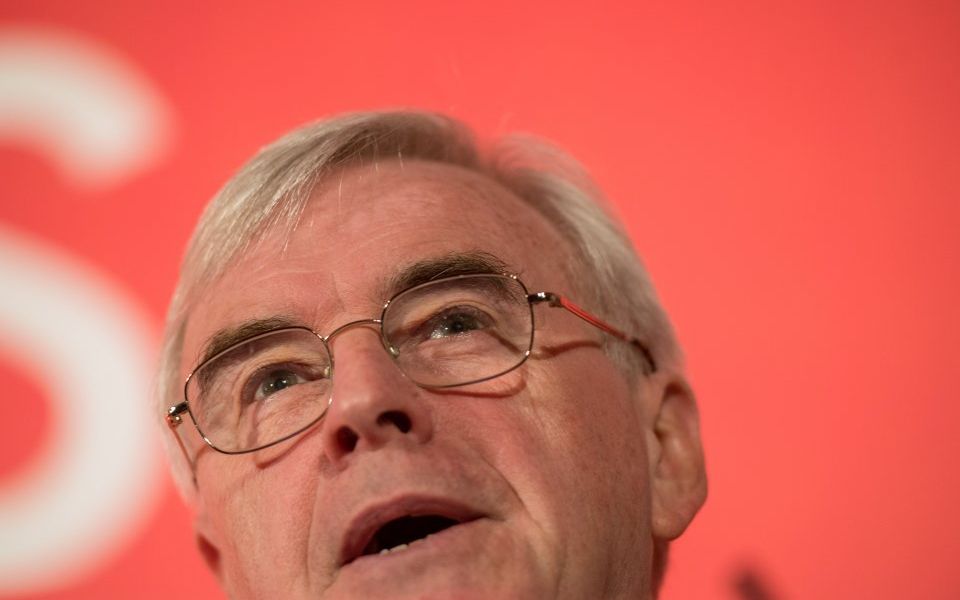 Since becoming shadow chancellor, John McDonnell has worn the appearance of a wolf in sheep’s clothing.

This week, he reverted to type as a wolf in wolf’s clothing.

His speech at the TUC Congress on the gig economy shouldn’t surprise us. This is, after all, a man who waved Mao’s Little Red Book when he first stood up at the despatch box in the House of Commons.

Read more: DEBATE: Should gig economy workers be given more rights and protections?

Around 2.8m workers operate in the gig economy, trading the benefits of increased flexibility against reduced job security. Nobody forces people to work in this way for Deliveroo and Uber, or a host of other gig platforms.

And yet, McDonnell’s proposals, to give gig workers the same rights as employees, would force many of these people out of work.

The gig economy business model is explicitly based on a labour cost which excludes benefits such as sick pay or parental leave.

Meddle with that cost, and more rights will equal fewer jobs.

Fundamentally, before wealth can be re-distributed, it has to be created. New models of digital entrepreneurship have created millions of jobs which otherwise might not have existed – a fact which seems to have escaped Labour’s policymakers.

McDonnell lives in an imaginary socialist utopia where lumping more cost on business has no consequence. And when he talks of a workplace environment of insecurity not seen since the 1930s, he would do well to remember that unemployment is at record lows.

Every Labour government has left office with unemployment higher than when it was elected – and you can have a copper-bottomed guarantee that would be the case with Jeremy Corbyn and McDonnell in Downing Street.

We are beginning to see just how coercive their economic policy could be if Labour were to get into power. If they don’t steal hard-earned income through taxation, they’ll forcibly mandate responsibilities that businesses can ill-afford.

The great benefit of a free-market system is that it voluntarily brings together employers and employees in a process of beneficial mutual exchange. The government does not have the right to intervene in this process and override the rights of employers.

Whether it be gig economy protections or a higher minimum wage, meddling with the labour market has consequences. And when the next economic downturn comes, the first people to lose their jobs will be many of those who are cheering McDonnell this week.

Most frustratingly, the gig economy is not a problem that needs to be fixed. A recent McKinsey study found that, although many people expressed anxiety about losing traditional employment protections, the decision to enter the gig economy was for most a free choice. They liked the independence and flexibility the gig economy model provided.

But McDonnell sees every employer as an exploitative capitalist. His ideology prevents him from seeing the truth: that the overwhelming majority of employers are considerate of their employees, and recognise that if they don’t treat them well, they will go and work somewhere else. If Labour’s restrictive policies haven’t destroyed all the alternative jobs, that is.

There are none so blind as those who will not see.

Read more: DEBATE: Is the 9-to-5 working week still relevant?