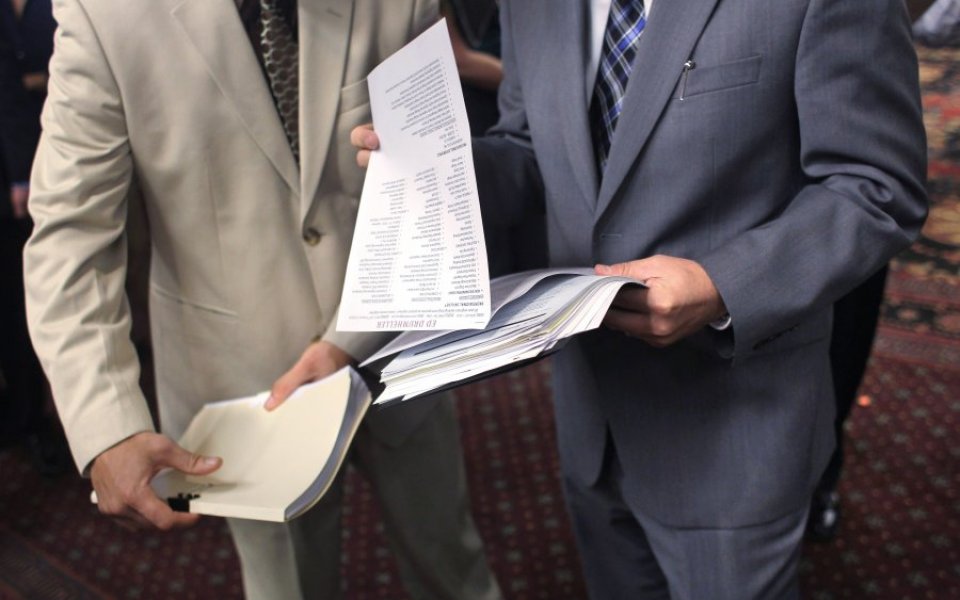 Those fancying a change of scenery office-wise in 2016 better get polishing off their CV fast, as just over a quarter (27 per cent) of financial services professionals have already started looking.

According to figures shown exclusively to City A.M. today by recruitment consultancy Robert Walters, almost half (46 per cent) of those working in financial services are planning to make a move in the next six months.

Question marks over bonuses may be encouraging workers to jump ship earlier than they otherwise would.

Chris Hickey, Robert Walters chief executive – UK, Middle East and Africa, remarked: "Facing uncertainty around bonuses, professionals with in-demand skills are starting their job search early and will be ready to move quickly in the New Year if they feel there are better opportunities available."

"While pay and compensation are still important factors, employers must avoid neglecting the vital role structured career progression can play in attracting and retaining top talent," said Hickey. "For many junior and mid-level professionals who started their career during the recession, career progress was stymied by the lack of opportunities available.

"As economic conditions have changed, these professionals are keen to develop their career and make up for lost time."

Compliance professionals have the highest levels of flight risk, with 36 per cent already looking to swap jobs.

Meanwhile, 20 per cent of those in accounting and finance and 19 per cent of risk professionals have also already started touting their CV to those who might be interested.

A survey by CV-Library released earlier this month found that the UK as a whole is pretty hungry for a change, with about a quarter of the country's workforce planning to pledge to find a new job as one of their New Year's resolutions and almost a third (31 per cent) saying they return to work in January feeling unhappy about their work.