Jeremy Corbyn is Labour leader: But there are four reasons why he fails to convince me on his business policies 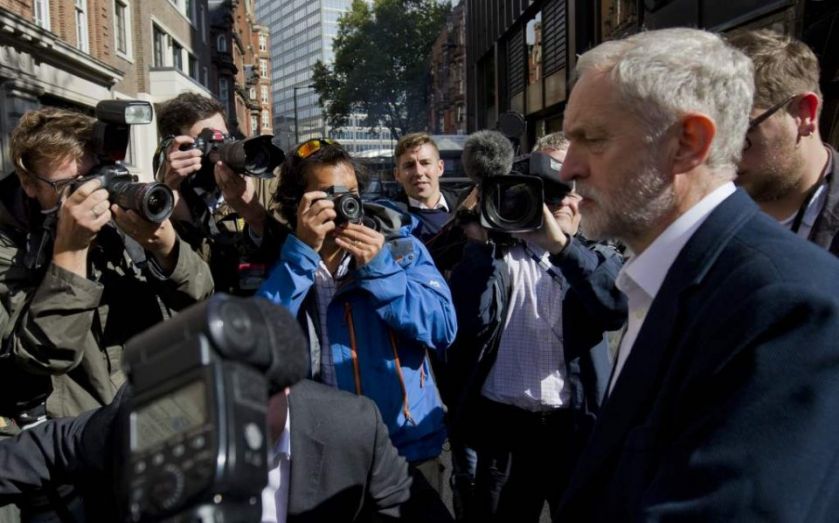 Previously a life-long supporter, on Saturday I turned my back on Labour for good.
Admittedly the rot started under Ed Miliband: I voted Conservative for the first time in May 2015 as I thought an Ed-led government would be disastrous for the economy and for business. Corbyn’s election as Labour leader meanwhile is a disaster for the Labour party and for its chances of ever getting into power.
And I’m not alone in the view: Two thirds of people think Corbyn is unlikely to win the next general election according to a recent independent poll.
So why am I so anti-Corbyn? Here are four reasons:
1. Austerity isn’t popular but it’s working
“You cannot cut your way to prosperity” is a nice soundbite however the reality is that the government’s austerity measures have helped secure the UK’s economic recovery. The budget deficit will fall to 2.2 per cent of GDP in 2016-17 according to latest figures; unemployment is just under six per cent and last year the UK was the fastest growing economy in the G7.  Corbyn’s plans to pay off the deficit without reducing spend sound nonsensical to most business ears.
Meanwhile his People’s Quantitative Easing proposal in which the Bank of England would print money (usually only an emergency measure) in order to fund new infrastructure projects – has been criticised the CBI as inflationary and based on unsound economics.
2. The UK’s SMEs are capitalists not collectives
On the face of it Corbyn talks a good talk around standing up for small business and independent entrepreneurs including proposals to freeze business rates for SMEs. However the UK’s 5.2m SMEs are not the downtrodden underdogs of the UK’s business landscape, we account for more than half of employment (60 per cent) and nearly half of turnover (47 per cent) in the private sector.
What’s more, most of us want to be big businesses when we grow up so Corbyn’s apparent antipathy towards large corporates worries us. The appointment of hard-left winger John McDonnell as shadow chancellor, and the departure of business-friendly Chuka Umunna is not reassuring.
3. Low rates of corporation tax make the UK competitive
Labour in general seems to struggle to understand the principle that countries with low levels of corporation tax enjoy much higher levels of investment and employment. Miliband did not rule out raising it – Corbyn has gone one step further by proposing raising it by 2.5 per cent.
The World Bank currently ranks the UK eighth for “ease of doing business” – ahead of bigger economies like Germany. At a time when the recovery is still fragile, why make us less competitive?
4. Going back to the 70s won’t solve anything
Many younger Corbyn supporters won’t remember the '70s. I do.  Strikes, high rates of inflation and unemployment, an economy in the doldrums. Corbyn’s interest in nationalising banks, railways and the energy sector – and even in re-opening the coal mines, mark a return to the sort of state intervention that is probably out-of-date in modern day Russia.
What’s more this approach is profoundly incompatible with the culture of free market enterprise which is the life-blood of UK businesses big and small.
By electing Jeremy Corbyn as leader my fear is that Labour has set itself on a self-destruct path that will prove impossible to correct. However the end of Labour as we know it would be a much
healthier outcome for UK plc than the far-fetched but nightmare scenario of Corbyn being elected as Prime Minister.
Share: