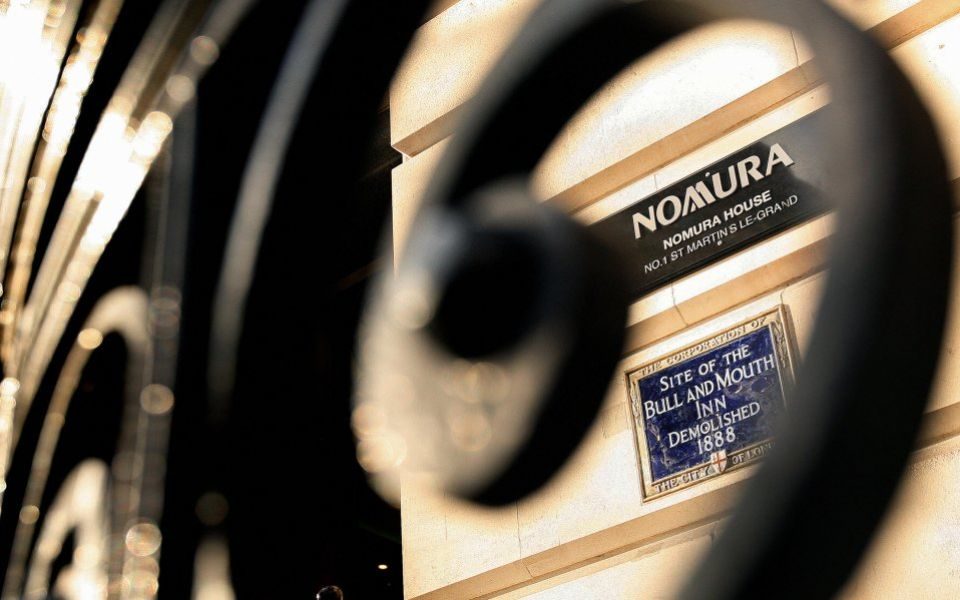 Japanese investment bank Nomura will cut around 100 jobs in the City in a global restructuring plan to save $1bn (£760m).

Nomura unveiled the cost-cutting plan to investors earlier today and also said it would shut more than 30 of 156 domestic retail branches.

Read more: Nomura plans to cut up to 50 staff from global trading division

Chief operating officer Kentaro Okuda said the $1bn cost-cutting target – in its wholesale business – would be reached in the “medium term”, and 60 per cent would be completed by March 2020.

The company’s Europe, Middle East and Africa operations – headquartered in London – will be “downscaled”, Okuda revealed in a presentation to investors.

Okuda added that the restructuring would lead to revenue gains of $300-$400m and create a wholesale platform that delivers “consistent” pre-tax income of $1bn.

Nomura announced a company-wide review of its operations in January after it suffered its heaviest quarterly losses in almost a decade.

The bank’s chief executive Koji Nagai warned in December last year that Nomura would shift its focus from Europe to more profitable centres in Asia and the US.

In 2016 the bank cut hundreds of jobs in London and across the rest of Europe as it closed investment banking departments.

Around 750 jobs were lost across its European equity divisions, and the majority of redundancies were made in London.