Jadon Sancho and Reiss Nelson are taking Germany by storm, but how are the rest of England's youngsters faring abroad? 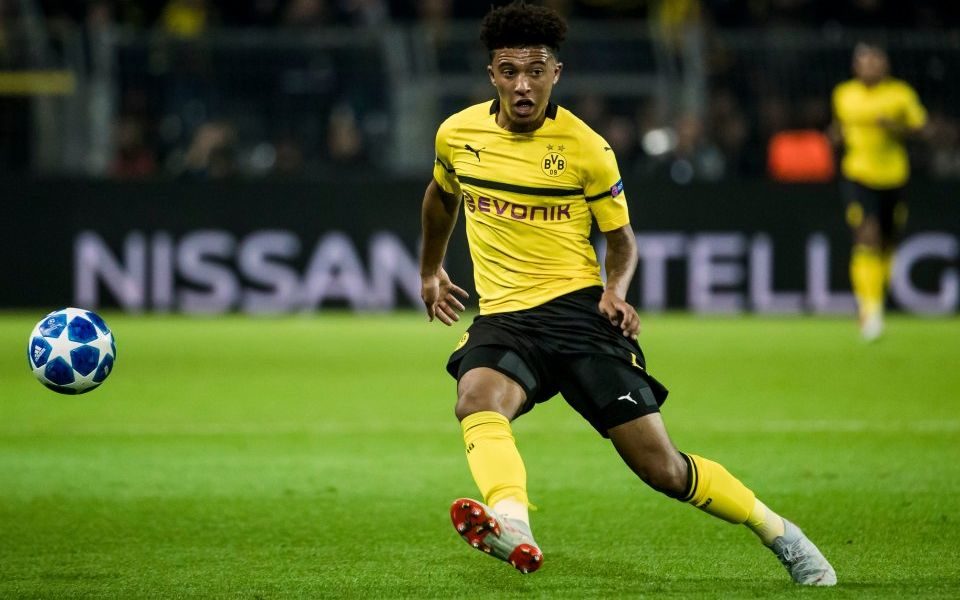 It’s no secret by now that for Jadon Sancho a move abroad has reaped huge rewards. Since leaving Manchester City in 2017, the teenager has established a starring role in a Borussia Dortmund side that currently leads the Bundesliga and beat Bayern Munich 3-2 at the weekend.

But he has not been the only English youngster to seek pastures new, with multiple up-and-coming stars trying their hand at European clubs – something previous generations largely neglected to do.

Like Sancho, Arsenal prodigy Reiss Nelson has been in fine form in Germany during a loan spell at Hoffenheim, while Chelsea’s Jake Clarke-Salter and Patrick Roberts of Manchester City have impressed in Holland and Spain respectively.

Yet the move has not been as beneficial for all of the young hopefuls trying to get a head start in their career. Here, City A.M. analyses how the youngsters are getting on.

The 18-year-old is the stand-out name in the English exodus and has been prolific for Dortmund in his second full season in Germany. In 17 appearances so far this season he has scored five goals and made eight assists.

His record in the Bundesliga is particularly impressive, as he has either scored or assisted a goal every 54 minutes on average.

Sancho’s great form has been rewarded by Gareth Southgate, who has called him up to the national team. He could earn his second cap against the USA on Thursday.

Nelson, 18, joined Hoffenheim on a season-long loan in August after signing a new long-term deal at Arsenal.

He was eased into the side by head coach Julian Nagelsmann but is truly up and running now, with six goals and one assist in seven league appearances so far, including a late winner against Augsburg last weekend.

A good friend of Sancho, he impressed on his England Under-21 bow last month, scoring in successive games, and is said to have already caught the eye of Southgate.

After three loan spells at Celtic, Roberts chose to join Spanish side Girona for this season. The midfielder moved to Manchester City on a permanent deal in 2015 from Fulham.

He made a number of cameo appearances off the bench as he adapted to La Liga but has now started two league games in a row, against Valencia and Leganes.

The 19-year-old left Arsenal for Barcelona in January but has gone relatively under the radar having played just 133 minutes for the Catalans’ B team this season.

McGuane struggled to make a real impact toward the end of last season as Barcelona B were surprisingly relegated to the third tier, which is split regionally and draws crowds not much bigger than those in the National League.

He has missed the last three games with injury but still has plenty of time to prove himself and Barcelona have said they see him as long-term project.

The Chelsea loanee, 21, is perhaps the biggest name to have made the move to Vitesse – the Dutch club that has long had a close relationship with Chelsea, taking players on loan from Stamford Bridge year after year.

Centre-back Clarke-Salter, part of the England team who won the Under-20 World Cup last year, has quickly become a mainstay of the Vitesse side, playing 17 games already this season.

Crowley is another former Arsenal youngster who opted to move abroad. Playing in Holland, the 21-year-old has become a key man in Willem II’s midfield and has started all 13 matches for them this season, contributing two goals and five assists.

He struggled to make an impact during loan spells in League One with Barnsley and Oxford United, but enjoyed a successful period at Dutch second-tier side Go Ahead Eagles in early 2017 before joining Willem II the following summer.

He is eligible to play for England or Ireland and has represented them both at youth level, but has not been called up to either since playing for England U19s in 2015.

With a name that echoes at least three all-time greats, Ronaldo Vieira has a lot to live up to.

Having impressed as a teenager in the Leeds midfield, the 20-year-old joined Sampdoria in a £5m move over the summer but has not yet made the impact that he would have hoped at the Serie A side.

He made his first start last weekend as Sampdoria lost 4-1 to Roma, having previously made just two appearances off the bench.

Liverpool winger Ojo is on loan at French side Reims for the season. He has featured in nine games for them and made one assist, in a cup match.

He has had loan spells with both Wigan and Wolves and played a big part in the Fulham side that achieved promotion to the Premier League last season.

Edwards, 19, is another English talent to have had some success in the Eredivise.

The Tottenham winger has one assist from eight games in the league with mid-table side Excelsior and will only have one year left on his Spurs contract when he returns at the end of the season.

Mavididi is another youngster who chose to leave Arsenal and pursue a career abroad.

The 20-year-old moved to Juventus in a deal worth £2m during the summer and has been playing regularly for their Under-23 side in Serie C.

Having moved from one age-group side to another, the jury is out on whether it was a shrewd decision.

The 20-year-old with brothers at both Arsenal and Manchester United opted to leave north London last year to pursue his dream at Benfica.

He has had limited success so far, playing nine times for Benfica B this season in the Portuguese second tier.

The former Chelsea man joined Monaco in the summer for almost £3m. The 17-year-old defender is yet to be given a chance in the first-team, despite their abysmal start to the season.

An Under-17 World Cup winner, Panzo has been restricted to the youth team so far but made it onto the bench for injury-hit Monaco’s last two matches.