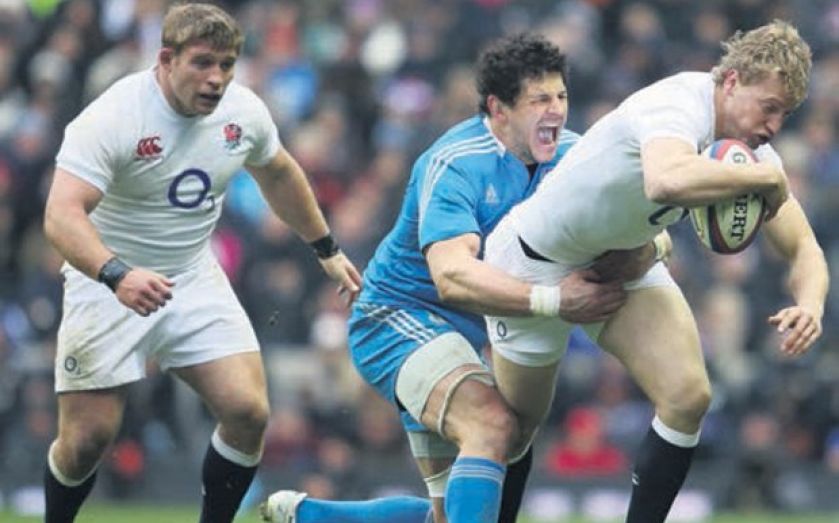 ENGLAND made Wales look distinctly average last Sunday afternoon at Twickenham and they richly deserved their 29-18 victory that sets up a thrilling three-way battle for the Six Nations title going into the final round of fixtures.

However, the Red Rose will need to score a considerable amount of points against Italy in order to close the existing gap between them and table-toppers Ireland which currently stands at 49 – or hope the French lend a hand by upsetting Ireland. That would almost certainly see the trophy going back to Twickenham.

Unsurprisingly, Stuart Lancaster has named an unchanged XV from last weekend and made just one bench-replacement with powerhouse Manu Tuilagi replacing utility back Alex Goode.

England have won all 19 games against the Azzurri, but putting points past the wooden spoon favourites is no easy feat away from home. In the last three outings to Rome, England have managed to win by a combined margin of only 13 points.

We’ve seen enough to expect a strong display from the visitors, but hopes of a first Six Nations title since 2011 surely rest on the inconsistent French, who will be out to end Ireland’s hope of giving 140-cap Brian O’Driscoll the ultimate send off in Paris.

Sporting Index have England/Italy trading at 22-25 and, while I fully expect an England victory, that’s worth a sell.

After the well-deserved adulation given to O’Driscoll in his last game in front of his own fans, the Ireland camp reiterated that the job was not quite complete despite brushing aside the Italians 46-7 last weekend.

Ireland have won just once in Paris against the French in 42 years, back in 2000, and overall the Irish have won just five matches since 1975 against Les Bleus.

Under new coach Joe Schmidt they have looked well-drilled both in the set piece and the loose. They boast an impressive points difference of 81 having scored 13 tries so far during the campaign.

But they are still only second favourites on Sporting Index’s Outright 60 Index priced at 40-42, behind the English at 46-48.

France’s head coach Philippe Saint-Andre has recalled his prolific ball-carrier Louis Picamoles, who was dropped after his conduct towards referee Alain Rolland two weeks ago.

Ireland and France have remarkably drawn the last two meetings and there was just four points separating them in 2011. History suggests victory for tomorrow’s hosts who have won four more titles than their counterparts since 2000.

After Gael Fickou’s try broke English hearts in the opening Six Nations encounter, I am hoping they do England a favour and beat an Ireland team who have struggled to secure a triumph across the Channel.

France are yet to lose at home during this campaign and it is recommended to sell Ireland’s supremacy at 0.

There’s little value in a backing either side with the handicap pitched at the 1 mark. Instead you might want to take up BetBright on their 5/4 for a home win.