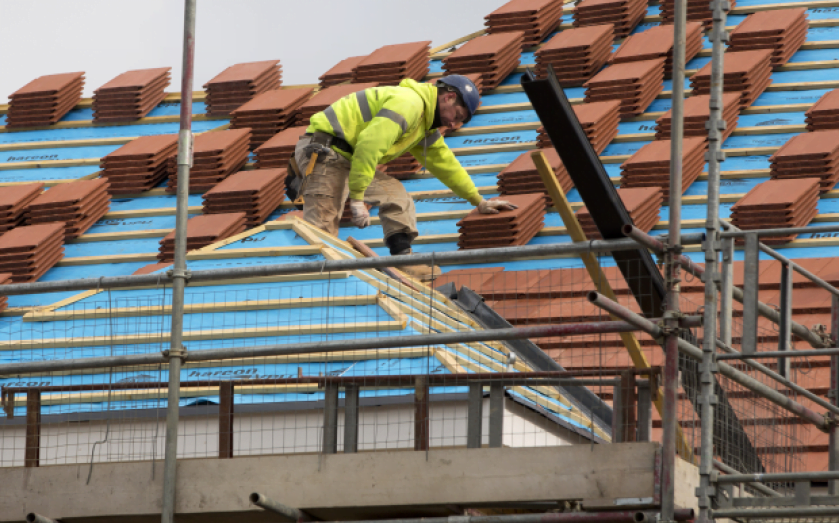 MOST agree that the UK housing market has long been stuck in an affordability crisis. Despite a fall in prices since 2007, Nationwide recently calculated that the typical house now costs 5.1 times average earnings, up from 3.9 a quarter of a century ago. In London, the ratio has risen from 5.7 to 7.7. And the market is gathering momentum. According to Hometrack, in August prices rose at an annual pace of 1.8 per cent. But the size of new homes has also shrunk. According to the Royal Institute of British Architects, the average UK home is now just 76 metres squared, down from 85 metres squared 30 years ago. Our homes are the smallest in Western Europe: the average new home is 15 per cent bigger in Ireland, 53 per cent bigger in The Netherlands, and 80 per cent bigger in Denmark. In London, the average new one bedroom flat is just 46 metres squared. So what’s wrong with housing in Britain? Clearly, we’re not building enough. The number of households in England is rising by about 230,000 per year, while construction started on roughly 100,000 new homes in 2012. But some have suggested a plot against the public. The property writer Mira Bar Hillel recently wrote in The Independent that the idea that restrictive planning policies reduce housing supply is nothing more than a “conspiracy”: “The only winners… are the housebuilders, who keep their profit margins, and the government, which keeps up the pretence that it is doing something about the housing crisis.” But this argument relies on two fundamental misunderstandings. First, that because housebuilders are motivated by profit, they will seek to keep supply restricted to “sell the product for the highest possible price”. Secondly, that removing planning restrictions won’t increase housing supply, but will simply “enable the building of the same number of homes – at the same high prices – on less challenging sites”. Of course, developers want to get the maximum possible price. But that’s true of every industry. General Motors, Primark and Tesco don’t sell cheap cars, T-shirts or potatoes from the goodness of their hearts. They are keen to make as much money as possible. Why is housing different? The planning system. There are no “affordable cars requirements” for car manufacturers; no “minimum standards” for the thickness of a T-shirt’s materials; no “brown belt” policies banning farmers from using the most profitable places to grow potatoes. But the planning system has equivalents for all of these – affordable housing requirements, minimum standards for the minutiae of development, the green belt, and regulations like “massing”, “overlooking” and building height restrictions. These stop developers from building more homes on sites where they would otherwise have been rewarded for doing so by eventual buyers. The second point is more absurd. The housing market doesn’t create a fixed number of units – with planning laws simply reallocating development from the locations and types of homes that developers want, to those which planners think they ought to build. It all boils down to basic economics. Planning restrictions stop developers from doing what’s profitable and make them alter applications in ways that reduce their profits. We may think that some, or even all, of these restrictions are justified. But we can’t pretend they don’t affect the market. When costs rise, companies respond by some combination of producing less output and increasing prices. This reality isn’t magically suspended in the housing market. Developers must deal with restrictions that increase the cost of providing housing to buyers. Those restrictions don’t stop them entirely. Developers work with the system and try to provide as many homes as they can under the rules, as long as they’re still maximising profits. But it’s absurd to pretend that the restrictions the planning system places upon them are free, least of all development charges like “section 106 agreement” payments and the new Community Infrastructure Levy. And it’s deluded to imagine that increasing costs doesn’t lead to reduced supply and higher prices. Policies which allow bigger profit margins for developers will encourage investors to allocate more capital into development, in turn increasing the number of homes built. Policies which reduce their profits will have the opposite effect. Anyone seriously interested in making housing more affordable, particularly for those on low and middle incomes, must acknowledge the costs that the planning system imposes on people trying to afford a home. It just isn’t good enough to pretend it’s all free. Rory Meakin is head of tax policy at the TaxPayers’ Alliance.