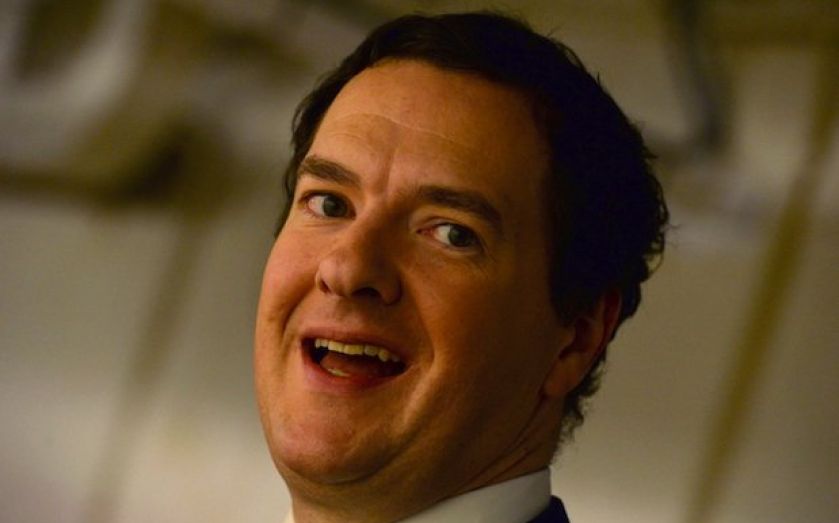 GEORGE Osborne will present his Autumn Statement to a country in the grip of a cruel economic delusion, perpetrated against the poor and the aspirational. Welfare states everywhere are spending chronically beyond their means while papering over the cracks with easy money. Budget 2013 forecast spending in excess of receipts of about £9bn a month. Defence, criminal justice, local government and the Foreign Office have been squeezed. Two thirds of spending was expected on health, education and welfare, mostly pensions. The sick and disabled, families, children and pensioners are reliant on these crucial services. With taxes already too high, government is critically funded by the bond markets. Those bond markets are in a dangerous bubble, deliberately inflated by central banks. Keynesian economists prescribe even more stimulus to dreadfully-mistaken applause, as if it were in the general interest to expand the state yet further and borrow to do it. They should be more honest about their politics. It’s true the Budget isn’t like that of a household or business, because the government can tax, intervene and create money. That’s just the problem: state power is a great force for destruction. We now have an economy built on the expectation of easy money to support unsustainable state spending and unrealistic asset prices. The course of our lives will be determined substantially not by the process of spontaneous adjustment to other people, which is life in a free society, but by the conduct of “monetary activism”. In the last few days, house builders’ stocks fell on the announcement that the Funding for Lending scheme will switch its attention to small businesses instead of mortgages and personal loans. Today’s big investment questions include whether and when the Fed will start tapering its money-creation programme, whether the European Central Bank will proceed from ultra-low rates to QE, and whether the Bank of England can stick to its forward guidance. Instead of serving a free public in the long term by producing wanted goods and services, capital is being drawn into speculating on the actions of big players, who influence markets but are insensitive to the disciplines of profit and loss. That is creating uncertainty, herding, and its own financial vulnerabilities. This is not free market capitalism. This is not service to the needs of society as expressed in the myriad purchasing decisions of consumers. This is a new form of Kremlinology, not less but more dangerous because it is described as “capitalism”. The process of wealth creation is degenerating into a gamble and a lottery thanks to governments’ long-term pursuit of political fantasies. Eventually, reality will catch up with the wicked fairy story that we can live forever on new debt. Survive too long on credit and real resources run short. Artificially cheap borrowing erodes the stock of physical capital, undermines saving, and transforms meaningful investment into mere speculation on price distortions. In the meantime, the chancellor is backed into a corner. Growth is not surging because excess cheap credit has had real structural effects, whose correction has been obstructed by many hopeful interventions. Every saving or liberalisation is furiously opposed by special interests. Corporate rent-seekers abound, while the vulnerable and the young fear for their futures. There is only one way out. The chancellor and our country must rediscover the power of free people co-operating in both private enterprise and public services. Every obstacle to increasing production must be challenged. Property rights and freedom to contract must be strengthened. Taxes must be boldly simplified. Parliament, yes this Parliament, must make a serious commitment to reducing spending and deregulating our lives if we are to realise the prosperous future of our united desires. We must have free trade: not merely the European customs union, but no tariffs or barriers of any kind to trading lawful goods. There should be no industrial policy whatever, nothing to divert scarce capital from service to the public. The quality and quantity of services for the poor and needy is not good enough even now. Producer interests must be broken through co-operatives and mutuals in public hands to drive up standards and moderate costs. Finally, there is no kindness or justice in robbing savers to rescue debtors. There is no long-term compassion for those who have nothing in pursuing policies which can only make us poorer. Money should become honest. This Autumn Statement, the chancellor should declare war on want. He must tightly embrace its great enemy: freedom. Steve Baker is Conservative MP for Wycombe and a co-founder of The Cobden Centre, an educational charity for honest money and social progress.