Is the Crypto Bull Market Over? 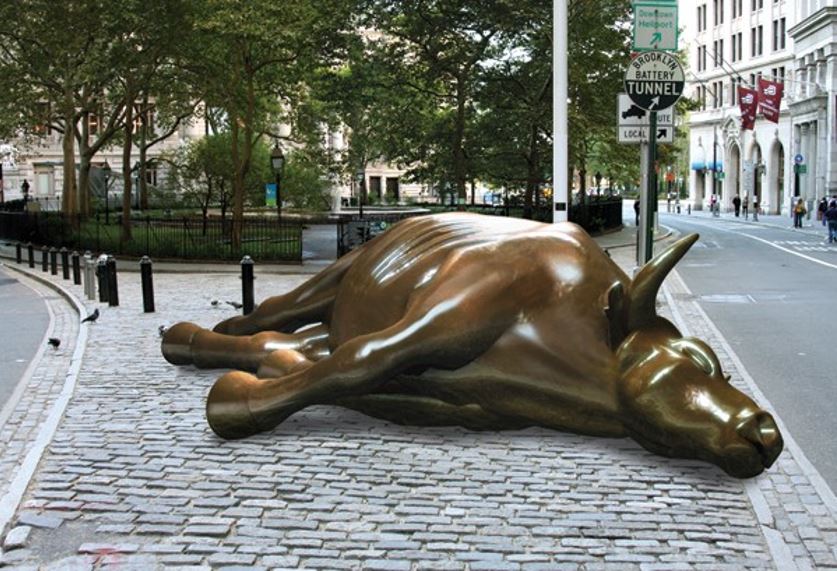 Has the Bitcoin bull market ended? Bitcoin has lost -26.3% and Ethereum -36.5% from peak-to-trough in the current correction prompting some to suggest the bull market is over.

My metrics suggest we are not even half way through this bull cycle.

To keep things in perspective, the market cap of cryptocurrencies in the last bull run achieved an aggregate value of just under $1 trillion. It currently stands at around $1.5 trillion. From the chart below, this crypto bull market is still in the early stages, if the market value of the whole cryptospace is any guide.

Further, the image below shows Bitcoins that have been moved over various time frames. The Bitcoins that moved last within a month or less as illustrated by orange and red shows there tend to be three stages of buying in each bull cycle. We just completed stage 1.

In addition, record levels of Bitcoin have been moving off exchanges as many are becoming long term ‘HODLers’ of Bitcoin as major institutions, banks, corporations, HNWIs, and even governments are waking up to the massive utility and onboarding of blockchain technologies including Bitcoin and Ethereum. This crypto bull market is far from topping out.

Retail and institutional FOMO combined with a serious supply shortage due to companies such as Grayscale and PayPal buying up Bitcoin should propel crypto valuations beyond $10 trillion. Corporations are using BTC to reduce the impact of falling fiat from seemingly limitless quantitative easing.

Further, DeFi is being used by Bitcoin to earn high yields. Anyone can also use BTC as collateral to avoid having to sell BTC to tap its value through collateralized loans, a nice way to sidestep capital gains tax on their Bitcoin while continuing to ride it higher. The amount of Bitcoin used for this purpose strongly adds to its supply shortage.

In consequence, the prediction I made in my keynote speech at the Geneva WealthTech event in 2017 of Bitcoin reaching $1,000,000 by the end of 2023 still stands. Based on S2F and other metrics, the current bull market should run through to at least late 2021 before the bubble, once again, blows apart, black swans notwithstanding.

A number of other Bitcoin oversold metrics have reset or bottomed which, in prior corrections, often occurred near price lows in Bitcoin.

SOPR (spent output profit ratio) shows the number of Bitcoin that are in profit. Whenever it dips below the white line in the chart below, then traders/investors are selling Bitcoin at a loss on average which tends to curb selling.

The last two times SOPR dipped close to or below this white line was early September 2020 and mid-Jan-2021. Both were price lows for Bitcoin.

Also keep in mind that Bitcoin typically corrects 30-40% in bull markets as it did a few times in 2017, as shown in the annotated chart below. The annotations are my notes thus the image below is just a screen shot of a much more comprehensive in-house study thus the ‘user-unfriendly’ text in the image.

I cite various fundamentals and technicals as driving forces behind significant price moves. I have done this going back to 2011 for Bitcoin and 2015 for Ethereum as well as for alt coins.

Each time Bitcoin undergoes a correction of typically -25% to -40%, investors often give up as mainstream media dogpiles onto the FUD, marking a significant floor in Bitcoin each time.

My Bitcoin metrics are currently showing diminished selling from Bitcoin F2 miners, one of the largest mining pools, as well as a slowing of Bitcoins moving onto exchanges which also suggests less selling pressure.

Both of these metrics have been largely responsible for the recent sell-off in Bitcoin. They also contributed to the selling in January when Bitcoin had a steep correction, though I cite other reasons, as shown in the annotated chart below.

Bitcoin currently has decent technical support between the 40k and 42.5k price levels. The image below shows a high concentration of bids, as noted by the lighter coloured bars.

Other factors include support from Bitcoin’s 50-dema, double Fibonaccis, and the top of the prior base, all around this 40-43k range.

The chart below shows a seven day moving average of the number of Bitcoin entering exchanges. Large inflows are bearish since a spike in Bitcoin moving onto exchanges tends to be sold but also often marks major floors in Bitcoin after the selling completes.

The supply shortage of Bitcoin has been discussed in my prior reports and is well illustrated in the image below. This is due to major institutions buying up Bitcoin including PayPal, Grayscale, and Square as well as large hedge funds and corporations.

The whale map below shows areas of accumulation or distribution by whales, typically wallets holding at last 1,000 BTC. The blue bubbles are the sum total of whale transactions. We see that whales have been accumulating Bitcoin in the mid-$40k range.

So the case seems solid that the crypto bull run is far from over. Eventually, the bubble will likely burst once again, but each time since 2011, my metrics have moved me to safety within a couple weeks or less from the peak, and sometimes nearly to the day. Stay tuned.

Dr Kacher bought his first Bitcoin just over $10 in January-2013. His metrics have called every major top & bottom in Bitcoin since 2011. He was up in 2018 vs the median performing crypto hedge fund at -46% (PwC) and has since achieved returns in excess of gains in Bitcoin and Ethereum with risk spread across more than 30 top performing alt coins.