Is the Coronavirus rocking the foundations of capital markets? 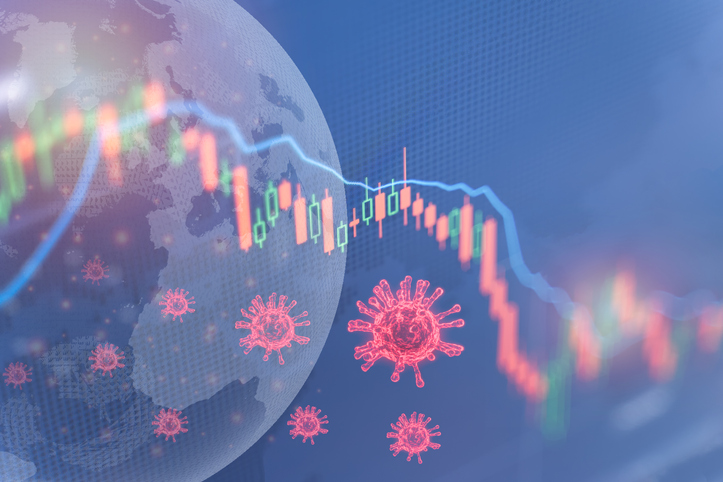 Market commentators and practitioners alike have been at a loss trying to make sense of current events. The economic crisis we are experiencing is unique in history, as it was self-inflicted at a time when, in general, things had been going relatively well.

It has been spurious to discuss the technical effects on employment, economic output, or consumption. What we have been witnessing is a voluntary activity stoppage or, to use Paul Krugman’s words, an economy in a “medically induced coma.”

In such a context, commenting on the crisis has run a bit wild for the very reason that nobody had the luxury of hindsight or history to compare today’s situation with previous crises. In other words, modeling future events now using historical data has been a hazardous task.

CFA Institute, to some extent, has the benefit of drawing on a large, global, and diverse membership to inform its judgment on the market and economic developments. This membership is employed in a variety of different roles and types of financial institutions. Therefore, the cross-sectional opinion of the members brings to light interesting perspectives on how to interpret current events.

Another interest of the membership is its diversity in terms of seniority and level of experience, which means we have access to experts who may have experienced several of the past crises and are able to establish comparisons. Through this membership, CFA Institute can clarify some elements of the debate that continues to animate discussions about how the coronavirus crisis may affect the economy, the finance profession, and the investment management industry.

CFA Institute ran a survey of its global membership, from 14 to 24 April 2020, to clarify how finance professionals were interpreting the current crisis from the following perspectives:

The shape of a potential economic recovery

The market impact on volatility, liquidity and price formation

Responses indicate investment firms are not panicking in the face of heightened volatility and lower liquidity. They are observing, in large part, if and how strategic asset allocation should be altered. There is, however, a real risk that the current stress could result in specific asset mispricing imbalances.

The interventionism of public authorities

The decision to intervene by supporting the economy and markets appears to be vindicated by respondents. Yet, they are divided on whether this aid should be continued to support the recovery or should be stopped as soon as possible to allow fiscal rigor and free markets to take over.

A similar dichotomy is observed on the response provided by market conduct and securities regulators. In general, finance professionals seem to agree that conduct rules should not be relaxed in times of crisis. They also think that regulators do have a role to play in holding the market’s hands by consulting with industry on appropriate measures. A certain degree of corporate responsibility is also supported, as companies who have received public support should not pay dividends or pay executive bonuses. Professionals, however, reject a ban on short selling.

Ethics in times of crisis

Professionals identified a risk that the current stressed conditions will generate unethical behavior in the investment management industry. This should be monitored.

The role of finance and its business model

Respondent recognized that markets are an important part of how the economy operates and that it is important to show that these markets continue to function appropriately. The crisis will have a structural impact on the industry, as large-scale bankruptcies are expected. Respondents also expect an accelerated effort to use operational automation to reduce fixed costs.

The active versus passive debate

The jury is still out as to whether a crisis situation could signal a return to good graces of active strategies. A significant proportion of professionals believe this is unlikely, which could indicate deeper foundational shifts are occurring in the industry, beyond any impact the crisis may be causing in and of itself.

The impact on employment in the financial space

It is too early to tell whether the current crisis will have a significant impact on finance jobs. Most firms appear to be in waiting mode or have resorted to hiring freezes while waiting for a clearer landscape. Yet, in the short term, a significant proportion of professionals are worried about job security.

Overall, it is probably fair to say that CFA Institute members are expecting the crisis to have a significant impact on the economy and the investment management industry. The discussion surrounding government and central bank interventionism will continue to be interesting as it touches on the foundations of capital markets and the free market economy. In an era in which expansionary monetary policy and quantitative easing are becoming the norm and are often expected to essentially take over from markets whenever needed, the question of finance’s role is legitimate.

The membership appears to validate a degree of interventionism, yet largely continues to believe in the benefit of markets. How will we be able to reconcile this dichotomy? Likewise, respondents think regulators have a role to play in supporting the recovery, but they are not prepared to accept a relaxation of conduct rules.

Finally, aligned with the mission of CFA Institute, is the question of professional ethics, which seems to be problematic in the current crisis. A large portion of respondents believe fraud and irrational decision making could lead to investor protection issues.

By Olivier Fines, CFA , is Head of Advocacy and Capital Markets Policy Research for EMEA at CFA Institute.