Investors given second chance to buy a piece of Star Wars 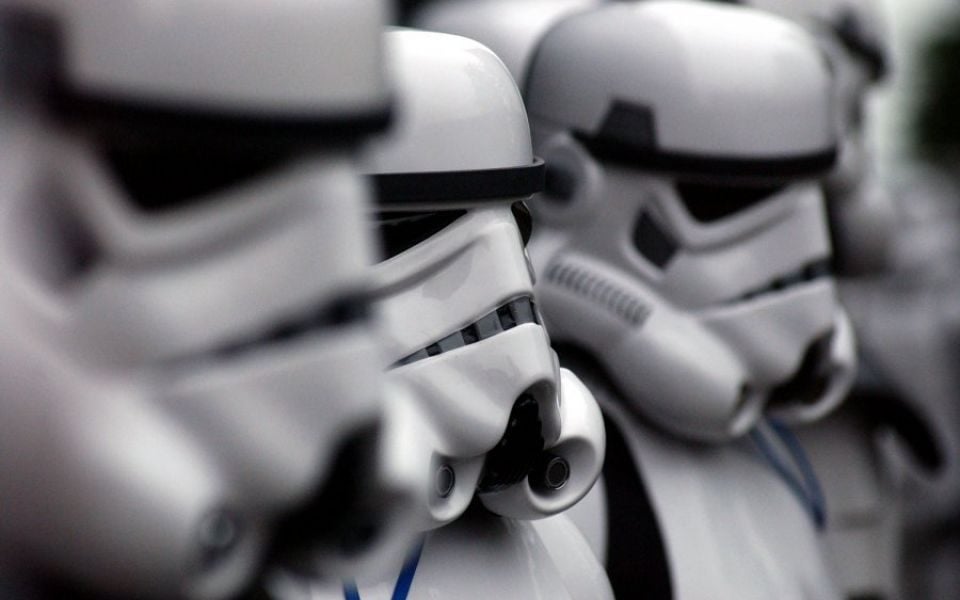 This iconic brand has rewarded shareholders handsomely, and could do again, argues our overseas expert.

Investors could be forgiven for thinking they had missed their chance to buy into The Walt Disney (NYSE:DIS) when the shares shot up 10% one April day, and then went on to set new record highs. But a subsequent slippage has opened up a possible buying opportunity at a company that is once again going places.

The reason for the surge was the announcement of a new streaming service, Disney Plus, to rival the highly successful Netflix (NASDAQ:NFLX).

Disney Plus launches in November at $6.99, a highly competitive price compared with the $8.99-$12.99 price range at Netflix. And there is plenty of ready-made content such as the entire Star Wars series, 30 seasons of The Simpsons, Marvel and Pixar films and the National Geographic service.

Disney expects 90 million households to subscribe to the service, although these ventures are always at a price: the company will lose the licensing revenue it has been receiving from rival services and Disney Plus is not expected to be profitable until 2024.

The rapturous welcome from Wall Street analysts propelled the shares as high as $142, a gain of about 35% since Christmas, but the bubbled burst when the announcement of admittedly mixed results unfortunately coincided with a sell-off on Wall Street.

Source: interactive investor Past performance is not a guide to future performance

The theme park division was the real star, with earnings growing 15% in the first quarter as patrons at Disney parks, resorts and cruises stayed longer and spent more. Disney parks will expand rapidly over the coming months as "Star Wars lands" open in California and Florida.

Disney management, in the quaint language it sometimes uses, said they see "ongoing margin expansion opportunity" at parks, which in English means they reckon they can get away with ramping up prices for entry.

However, earnings declined in the media networks and for the film studios and the shares sunk back to around $131, the level they stood at immediately after the launch of Disney Plus.

While the streaming service has exciting potential, the immediate strong prospects are the theme parks, with strong demand at the existing ones and great expectations for new ones.

Disney will be "very ambitious" with Marvel content at the company's Chinese theme parks, cashing in on the fact that Marvel superhero movies are extremely popular in China. While the ongoing trade wars between the United States and China are a concern, it is hard to see how Disney can be seriously affected.

An alternative, albeit narrower, possibility among US media stocks is Fox Corp (NASDAQ:FOXA). Spun off from 21st Century Fox earlier this year and floated in March, it comprises Fox News; the Fox broadcast network and television stations; and Fox Sports. It has to be said that its politically biased news coverage is not to everyone's taste.

Source: interactive investor Past performance is not a guide to future performance

Earnings in its first quarter as a stand-alone company, but the third in its financial year, were driven by stronger performances in its cable network and in television. It is hard to draw an exact comparison with last year but earnings of 85 cents a share easily beat analysts' expectations.

The shares opened on 12 March at $28 and quickly ran up to $40, but they have spent the past two months meandering around $38. Another decent set of figures will get them moving so there is time to get in and wait patiently for a couple of months until the next update.

It is too early to say whether Fox will pay a dividend this year and at what level, but I would expect some reward for shareholders given the strong earnings.

Hobson's choice: I prefer Disney to Fox but both are worth considering. Buy Disney below $140 and Fox below $40.

Rodney Hobson is a freelance contributor and not a direct employee of interactive investor.

Rodney Hobson is an experienced financial writer and commentator who has held senior editorial positions on publications and websites in the UK and Asia, including Business News Editor on The Times and Editor of Shares magazine. He speaks at investment shows, including the London Investor Show, and on cruise ships. His investment books include Shares Made Simple, the best-selling beginner's guide to the stock market. He is qualified as a representative under the Financial Services Act.