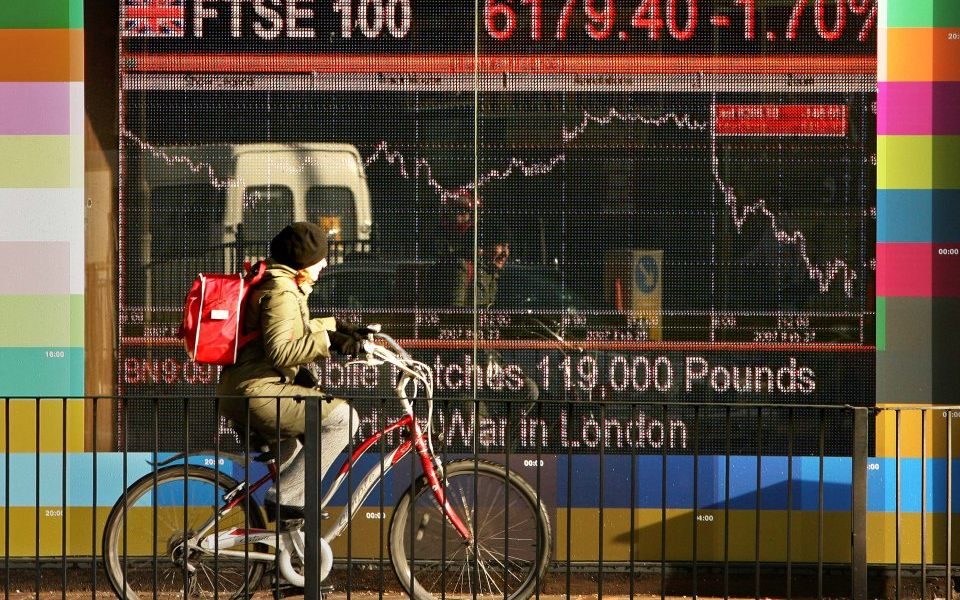 Investors expect total annual returns of 10.7 per cent over the next five years, according to a major new global study.

Regionally, returns expectations were highest in the Americas, at 12.4 per cent. In Asia, investors expect 11.5 per cent and the figure was lowest in Europe at 9.0 per cent.

The returns include growth in their money, as well as any income paid out in the form of dividends and interest from a variety of investments including cash, bonds, property funds and equities.

The findings were part of the Schroders Global Investor Study (GIS) 2019, which measured the views of over 25,000 investors in 32 countries. The expectations are higher than in the 2018 study, when the investors’ forecast was for 9.9 per cent a year.

Investors’ expectations appear optimistic. For instance, in the last five years global stocks, as measured by the MSCI World Index, have returned 6.7 per cent annually. Longer-term, the Barclays Equity-Gilt Study shows that even stock market returns over more than 100 years have been around 5 per cent annually. The historic performance of markets does not offer a guide to future returns.

At a country level, investors in Argentina on average expect the highest returns, at 15.8 per cent a year. Expectations in other emerging countries were also high, with investors in Indonesia (15.5 per cent), Brazil (14.9 per cent), Thailand (15.0 per cent) and India (14.3 per cent) all looking for average annual returns in excess of 14 per cent between now and 2024.

The results for US investors reflect a sharp increase in optimism. They expect annual returns of 10.3 per cent over the next five years, up from 8.5 per cent in the 2018 study.

In Europe, Russian investors expect the most at 12.5 per cent. However, the European region as a whole expects a much lower return (9.0 per cent), with Belgium having the world’s lowest expectation at 6.5 per cent.

A full list of countries and their average expected annual investment returns over the next five years is shown below.  Also shown is how stock markets have performed historically for each country.

Investors’ overall return expectations for the next five years, exceed stock market returns achieved in nearly all countries over the past five years.

Only in Russia, Denmark and the Netherlands are expectations lower than the actual performance of recent years.

This material is not intended to provide advice of any kind. Information herein is believed to be reliable but Schroders does not warrant its completeness or accuracy. Past performance is not a guide to future performance.

Investors were also asked about their expectations for income, with some surprising results.

Globally, the average investor expects income of 10.3 per cent over the next 12 months. This is only marginally lower than their average total return expectation. Among the countries, it was highest in India at 15.1 per cent and lowest in Japan at 5.8 per cent.

Investors income expectations in Russia (11.4 per cent), Indonesia (13.5 per cent) and Brazil (13.0 per cent) were also particularly high for their continent.

By generation, Millennials had the highest expectation for income, at 11.7 per cent, while the “Silent Generation” (people born between 1925 and 1945) had the lowest, at 6.2 per cent.

Rupert Rucker, Head of Income Solutions at Schroders, said: “The findings are startling. Investors not only have exceptionally high hopes for the total returns they will receive but they also believe they can get a level of income that almost matches that figure.

“There’s a number of things to note. In countries like India and Argentina, where domestic interest rates are much higher than global averages, it is no surprise expected returns are some of the highest in the world.

“There’s also a point to make on the answers offered by different generations. It would seem that less experienced investors – those in their 20s and 30s – are far more optimistic than, say, more experienced Baby Boomers.

“But even the typical boomer investor’s hope of 7.5 per cent income over the next 12 months is a bold ambition. The problem is that too many investors have been conditioned to expect the high levels of income that have been the norm for decades – but we’re now in an era of persistently low interest rates.

“The reality is that long-term stock market returns have exceeded what you might get from the likes of bank deposits and government bonds. We think this situation will persist for the foreseeable future.”

Investors who judge their level of investment knowledge to be “advanced” or “expert” expect total returns of 12.2 per cent a year over the next five years.

Investors who rate themselves “beginner“ or “rudimentary” expect a more modest 8.2 per cent.

Mirroring the pattern on returns, younger generations also have bolder expectations for their investments than older generations.

Millennials believe they can get an annual return of 11.5 per cent over the next five years, slightly more than the 11.0 per cent they forecast in the 2018 study.

Claire Walsh, Personal Finance Director at Schroders, said: “The study reveals that younger people expect higher returns from their investments. That might be partly down to their investment time horizon. In theory, they have more time on their side and therefore could be willing to take more risk knowing that they still have time to recoup any losses. However, I suspect that this is possibly because younger people don’t have as much investment experience. For some they will have only known strong stock market returns and may have been influenced by this in their responses.

“It is also interesting that ‘expert’ investors expect 12 per cent returns, far higher than expectation of beginners.  This could be a sign of misplaced confidence and an indication that a little knowledge can be a dangerous thing.

“Whether you are old or young, beginner or expert, return expectations seem worryingly high. Many investors could be in for a shock.”

In April 2019, Schroders commissioned Research Plus Ltd to conduct an independent online survey of 25,743 people who invest from 32 countries around the globe. The countries included Australia, Brazil, Canada, China, France, Germany, India, Italy, Japan, the Netherlands, Spain, the UK and the US. The research defined “investors” as those who will be investing at least €10,000 (or the equivalent) in the next 12 months and who made changes to their investments within the last 10 years