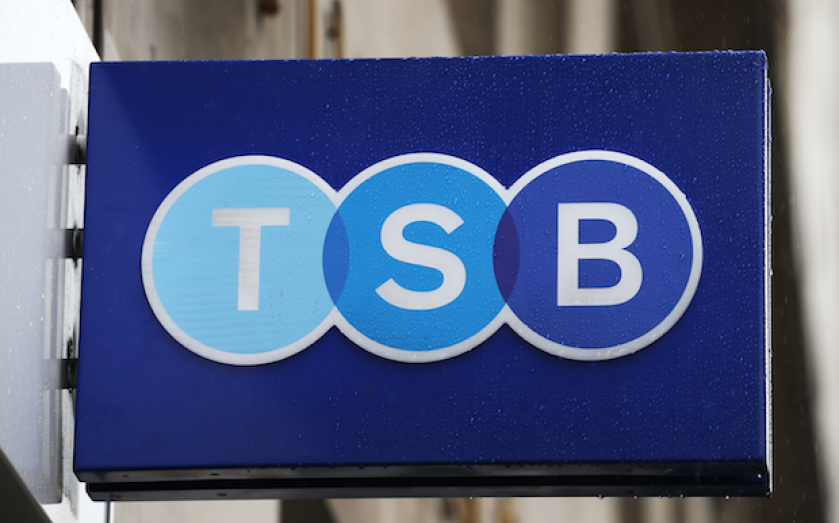 Investors had placed orders for all of the TSB shares up for sale by yesterday evening, City A.M. understands.

Yesterday morning the shares, amounting to 25 per cent of the new high street bank, were priced at between 220p and 290p each.

The relatively cautious pricing reflects both nervousness in the equities markets and the fact that the bank will not pay a dividend until 2017.

However, the fears may have been misplaced as the investment banks drumming up support for the initial public offering (IPO) found more than enough shareholders to buy the stock by yesterday evening.

The prospectus on the offer shows the loan book TSB has inherited from Lloyds would have made a profit between 2011 and 2013, even when the parent bank made large losses.

The figures are in part intended to show Lloyds has given TSB the best possible start, with healthy books to enable it to provide competition in the market – the European Commission’s goal when it ordered the bank to sell off 632 branches as part of the 2008 bailout.

The prospectus also shows the risks which lie ahead for TSB.

Should Lloyds run into trouble, TSB could be hit – it is using the bigger bank’s IT systems for a period of up to seven years and so is exposed to any problems there.

One such glitch arose in January, cutting off thousands of TSB customers.

And it notes the risks to the bank if Scotland votes to become independent from the United Kingdom in September’s referendum.

TSB is registered in Scotland and so would have to decide if it wanted to remain based north of the border, or move to the remainder of the UK.

“The effect of this could be to increase compliance and operating costs for TSB and may also materially impact TSB’s tax position or financial position more generally,” it warned, without taking a stance on the vote.

OUT OF THE LOOP

Panmure Gordon’s David Buik yesterday hit out at the advisers to the TSB flotation for leaving firms like his out of the loop in the run-up to first-day dealings in the stock.

As is often the case in London flotations, analysts from firms unconnected to the banking syndicate received little or no information from management about the company’s prospects and have therefore been unable to take a view on the company for their clients.

“There’s been a distinct lack of information,” fumed Buik yesterday morning. By the afternoon, he was much happier after the bank’s propsectus was published and some of his unanswered questions were being addressed.

Panmure, as an unconnected party unusually brought in to the Royal Mail privatisation process, was one of the firms that gave a higher valuation than the banks who were officially leading the flotation.

The TSB float is being run by JP Morgan, UBS, Investec, Numis, RBC, Rothschild and Scott Harris, which is overseeing the retail side of the issue.