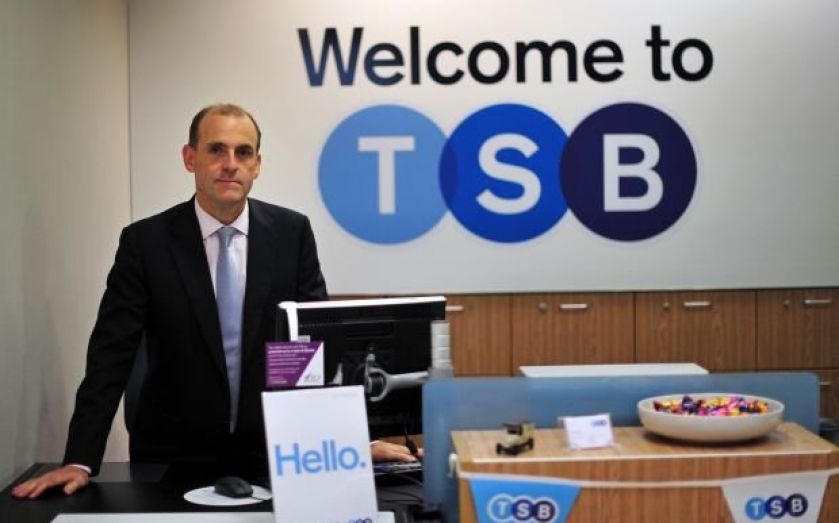 Strong demand from investors in TSB has led to Lloyds increasing the amount of stock it is offering in TSB. The volume on offer has been increased by 40 per cent on the first morning, with 175m shares offered to the public. Higher than expected interest is raising hopes that Lloyds will meet its target of selling the new bank in its entirety by the end of next year.

Share price was up around 11 per cent from 260p to more than 290p within minutes of opening, after Lloyds valued the new bank at £1.3bn.

The result of the spilt, a requirement after Lloyds was bailed out by the taxpayer, will see a generously sized banking competitor. While it won't have as many branches as some of its competitors (631) it has a generous customer base of 4.5m customers.

Lloyds was a large player in terms of total assets too, and splitting TSB from its bigger brother will reduce that considerably. According to relbanks.com Lloyds was the fourth largest UK bank by total assets and may hang on to that spot – Standard Chartered is a way down in fifth.

TSB won't be breaking into the so-called big five from the off – it accounts for only 4.5 per cent of the current account market – but sees itself as a major challenger. This isn't enough for Vince Cable, who the FT quotes as being frustrated by the lack of challengers to the big five. Here at last could be one.

All eyes will now be on Friday's floatation.