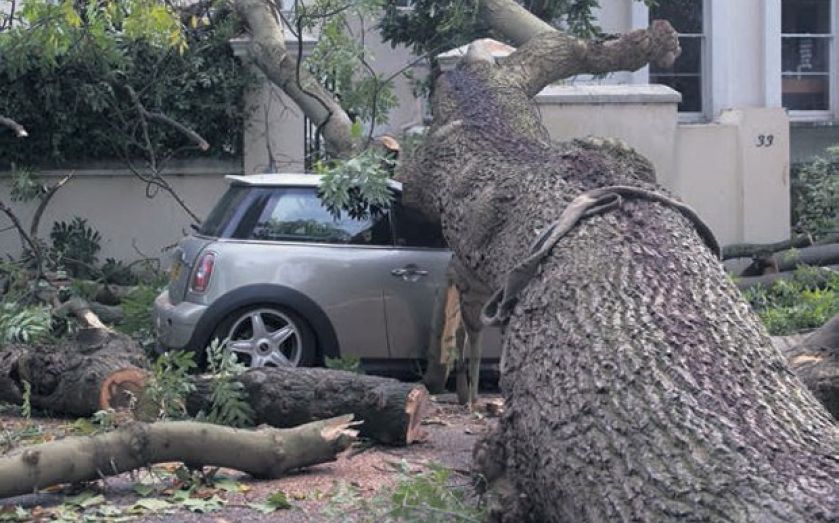 INSURERS will have to pay out up to €1.3bn (£1.1bn) in claims after the storm that swept through northern Europe in late October, broker Willis Re estimates.

Northern Europe was battered by hurricane strength winds between 27-29 October, with Britain, France, Belgium, the Netherlands, Denmark and Germany bearing the brunt of the damage to property.

Damage, adding up to an insured loss between €800m and €1.3bn, was caused mainly by falling trees, consisting largely of broken roof tiles and smashed windows, Willis Re said in a note yesterday.

Shore Capital Stockbrokers has said that insured losses would have to reach at least £1bn before they are likely to have any effect on profits at firms with a large market share in home insurance, such as RSA or Direct Line.

Willis estimated losses to the insurance industry in the UK from the storm to be between €350m and €590m.

Estimated losses in Germany are expected to be between €250m and €400m, while for Denmark the figure could reach €325m, Willis Re said.

By comparison, the Association of British Insurers has said that the storm that killed 18 people and felled millions of trees in October 1987 caused insured losses of more than £2bn in today’s terms.