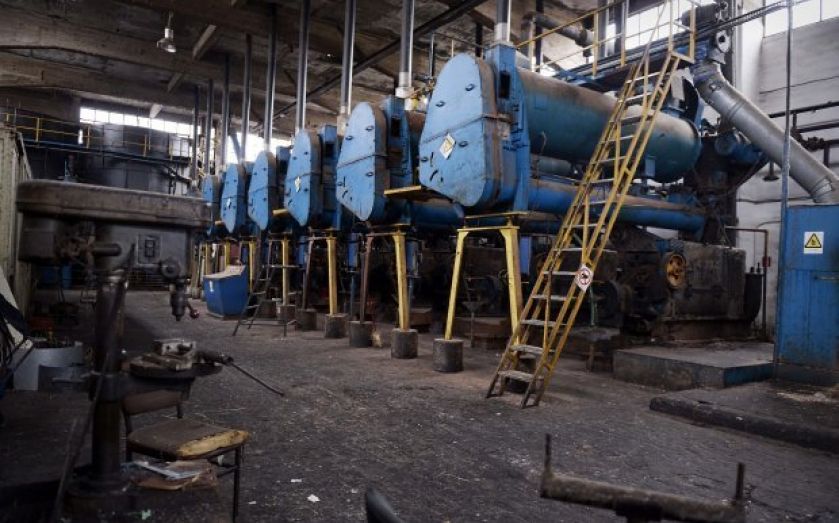 The industrial output numbers coming out of Europe this morning are ugly.

France, Italy, and the Netherlands join the casualties today, all reporting some surprisingly large falls in industrial production this May.

They join fellow Eurozone state Germany, which earlier this week reported that output suffered its largest monthly fall in two years this May.

Jessica Hinds, European economist at Capital Economics, says that the French and Italian data is another sign that "the sector's recovery is already flagging before it has even really begun".

Hinds suggests that the evidence is now mounting that the euro area's recovery mighty already be peaking despite the huge amount of slack in the Eurozone economy.

The pain isn't contained in the euro area. On Tuesday, the Office for National Statistics reported that manufacturing and industrial production had dropped in the UK, despite economists expecting to see further growth.

It's become difficult to tally the official numbers with private sector surveys, which suggested we'd see some strong numbers out of the UK in May.

Part of the continent-wide downturn can be explained by calendar effects. The Easter holidays fell particularly late this year, and that may have seen workers shift their holiday to May from April this year. Even those countries without public holidays were likely affected by closures abroad.

Survey data had suggested we'd see the Eurozone production  lose some momentum in May. Markit's manufacturing purchasing managers' index fell from 53.4 in April to 52.2 in May. A number above 50 still implies that the sector is in expansionary territory, but the

Berenberg's senior economist, Christian Schulz, suggests that neither 2014's Easter timing nor the survey data fully explain the numbers we're seeing. "There is a noticeable divergence between survey-based data and hard data," says Schulz, which is a continuation of a trend seen in the first three months of 2014.

But things may start to look up. Schulz says that a divergence like this tends to be temporary, as hard data ultimately starts to reflect the improving sentiment we see in private surveys.

While Berenberg sees Eurozone fundamentals improving, it says that the most recent industrial production data tilts the risks to its GDP growth forecasts for the second quarter (0.3 per cent) and 2014 (1.1 per cent) to the downside.