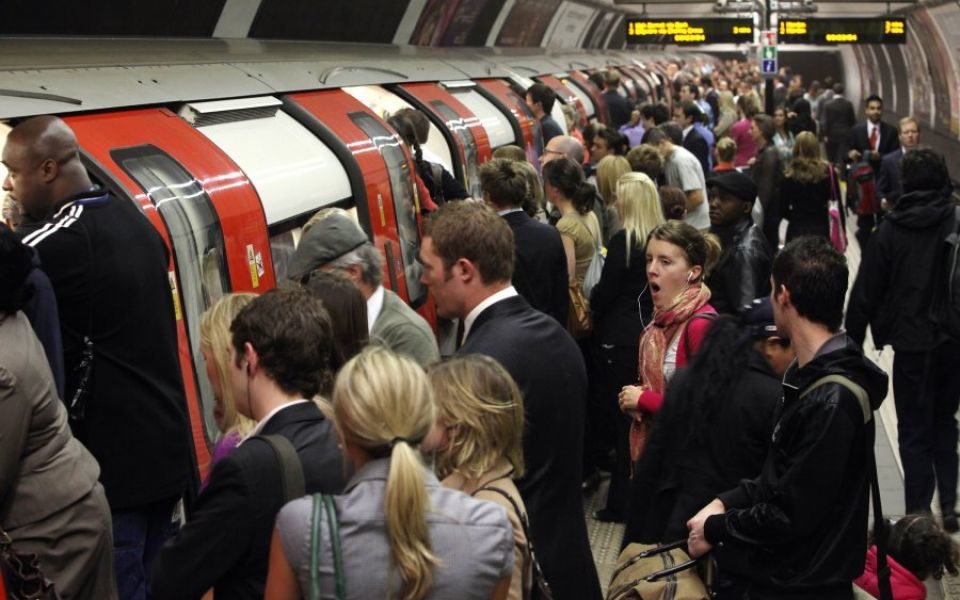 Almost one third of commuters who arrive into London’s railway stations in the morning peak are standing, and nine out of 10 of the UK’s busiest train stations are located in the capital.

We need to change the prevailing attitude that a stressful commute is something of an inevitability, as huge damage is being done to the mental health of those living and travelling in the capital.

Research published this week by London City Airport reveals that Londoners have some of the highest rates of mental health issues in the country. In parts of the capital, such as Westminster, Kensington, and Camden, more than one in five adults report suffering from a mental health condition.

This has massive costs to the individual and to the economy. Our new figures show that London is losing £12bn every year due to poor mental health, and £3.5bn is spent every year looking after those affected.

At London City Airport, we are undergoing a £500m transformation to improve the experience of people travelling to, through, and around the airport. Given the clear link between poor mental health and transport, this is a real opportunity for us, as a responsible and inclusive business, to create an environment which makes the travelling experience enjoyable and as stress-free as possible.

Our study found that the unpredictability and perceived lack of control that a traveller experiences when transport is delayed, ticket kiosks are shut, or the journey overcrowded, can lead to significant levels of stress and anxiety. And it’s not limited to the actual time spent travelling. Anticipating the upcoming stress of a journey can mean that once the traveller has arrived at the station or airport, their stress is made worse by queues, noise, and a lack of clear information.

There are many changes that transport organisations could make to improve mental health, from the big (using more natural light and materials to make people feel calmer) to the small (simply keeping passengers better informed about potential delays).

Transport for London is leading the way with its plans to promote step-free access, and government investment in flagship transport hubs like London Bridge and Kings Cross has redefined the role of a train station – to places where people want to eat, shop, and meet.

At London City Airport, we want to create an airport for modern London. As part of this vision, we will cater for everyone, including those with physical and hidden conditions and disabilities, making their journey to and from the airport easier, while also improving their experience at the airport.

Speed, convenience, and customer experience are the bedrock of London City Airport. Our new terminal will be an even greater step-change for the airport experience – reflecting east London’s inclusive values and spirit – like an orientation zone for arriving passengers to familiarise themselves with the London transport network and their onward journey.

There is also the aspiration for a new DLR platform to provide direct access to airport security for checked-in passengers with carry-on baggage. They’ll be able to go from train to plane in a matter of minutes – a genuinely integrated transport experience.

With large-scale developments taking place in London over the next decade and beyond, there is a vital opportunity to make tangible differences to the mental health of people living and working across the capital.

The government and many businesses are already taking action, but transport bosses need to play a bigger role to tackle the scourge of poor mental health. After all, transport moves people in more ways than one.