Immigration after Brexit: Here's how the City reacted to Sajid Javid's white paper 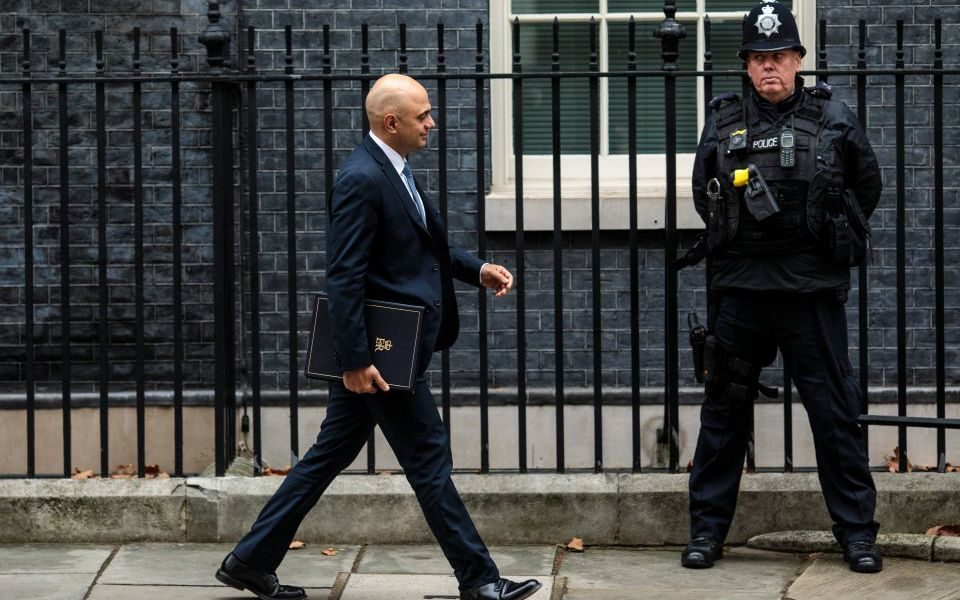 The government has outlined proposals for rules on immigration after the UK leaves the European Union next year, prompting a flurry of responses from business leaders across the City.

Unveiled by home secretary Sajid Javid this afternoon, the document said low-skilled workers entering the UK from EU countries will no longer receive automatic approval to work in the UK, and will instead be asked to apply for short-term visas of up to a year.

It will also ditch the existing cap on skilled workers coming into the country, as well as the current resident labour market test.

The government will seek a consultation on installing a minimum salary requirement of £30,000 a year for skilled EU migrants on five-year visas, which already applies to non-EU workers in most cases. In areas where there is a shortage of staff, this requirement may be revised when needed.

Meanwhile visitors from the EU will not need visas for entry. The plans are scheduled to be phased in from 2021.

Here's what the City has been saying about the white paper this afternoon:

All skill levels matter to the UK economy

The City of London Corporation's policy chair Catherine McGuinness said the decision to scrap the cap on skilled workers entering the UK as a "positive signal that global Britain is open to global talent".

"Access to highly-skilled talent is a critical issue for the financial and related professional services industry," she added. "It is vital that firms of all sizes – from fast-growing fintech firms and creatives to more established international institutions – across London and the UK can employ the people they need at all skill levels."

However others mentioned deeper concerns.

"It is welcome that ministers have seen sense and will now consult on their proposed £30,000 salary threshold – however, we can tell them already that such a figure would be damaging not just the London economy, but to the UK economy as a whole," said Colin Stanbridge, chief executive of the London Chamber of Commerce and Industry.

"To remain globally competitive, City Hall needs to have more control on immigration decision-making.  Immigration needs regionalised decision-making, rather than a universal offer for the UK led from Whitehall."

"How can consulting with employers on the £30,000 threshold be done in time for Brexit? The reality is there is little chance of legislation being in place for 30 March 2019, which is when it will be needed if we have a hard Brexit."

CBI deputy director-general Josh Hardie concurred, adding that there won't be enough time to iron out any mistakes.

"The Government must not introduce a new system in 2021 that isn’t workable until 2025," he said. "Any new approach will be a major change to the labour market, and firms must have time to adapt."

Dom Hallas, executive director of The Coalition for a Digital Economy (Coadec), blasted the government for being out of touch.

"Only government would think that less than £30,000 equals a low-skilled role," he said.

"Many startups can't afford to pay more. We are pleased that the government recognises there should be flexibility on the minimum salary where there is an evident skills shortage… [but that] list is in dire need of updating."

"Despite firms spending over £45 billion in training each year, staff shortages are already biting. Hospitals, housebuilders and retailers are all struggling to find the people they need at salaries well below £30,000," Hardie added.

"The proposals outlined in the white paper don’t meet the UK’s needs and would be a sucker punch for many firms right across the country. The government’s own analysis suggests people and regions will be poorer as a result of them."

"A temporary 12-month route for overseas workers earning under £30,000 would encourage firms to hire a different person each year. That needlessly increases costs and discourages migrants from integrating into local communities – a key social concern. It’s not good for the public or business."

British Chambers of Commerce director-general Adam Marshall said the white paper showed "the goverment is giving with one hand, and taking away with the other".

"In the face of major change over the years ahead, the immigration system must not leave UK businesses with their hands tied – or the government will cause active damage to jobs, communities, investment and the economy."