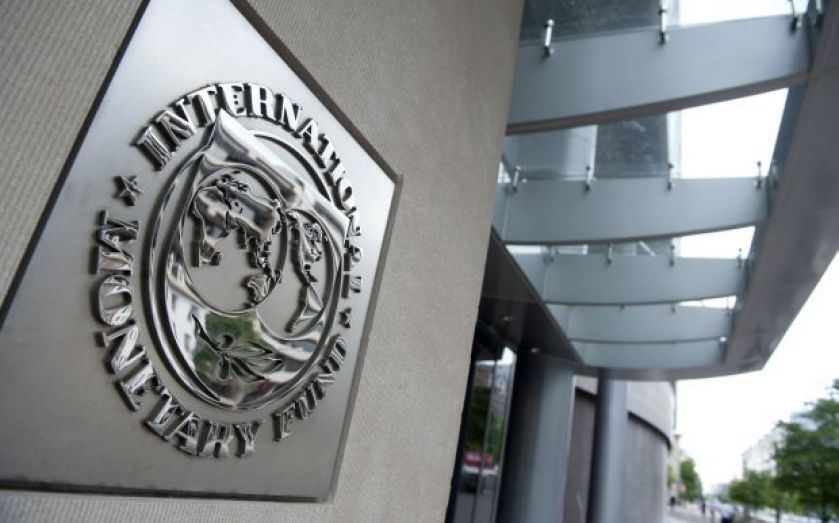 The International Monetary Fund (IMF) assessment of the Eurozone’s economic policies has just been released, and much of it does not make pleasant reading – despite noting the recent expansion, the Fund is calling on the European Central Bank (ECB) to set out on a quantitative easing programme.

If inflation remains too low the ECB should consider a substantial balance sheet expansion, including through asset purchases. The broadly neutral overall fiscal stance is appropriate but any negative growth surprises should not trigger additional consolidation efforts as this would be self-defeating.

The choice of words here is important – the Fund chose not to say that the ECB should purchase assets if expectations change, but if inflation remains too low. Almost no-one, including the ECB staff forecasters themselves, believe inflation will be adequately high by their own target for years to come. This is a call to do quantitative easing now.
ECB officials may also not to be too pleased that the IMF gives a “high” likelihood to the idea that inflation expectations will become unanchored and debt-deflation dynamics will emerge. Officials have been keen to stress that expectations are currently anchored and that they expect price growth to strengthen.
The Fund is less critical of the Eurozone’s fiscal policy, noting the bloc’s high public debt ratios, but says that the approach should remain “flexible” and that “large negative growth surprises should not trigger additional consolidation efforts”.

There is a particularly grim section on youth unemployment – while the Eurozone’s overall unemployment levels seem to have stopped increasing (at a pretty high 11.6 per cent), there’s also not much sign of a significant reduction, with growth so weak.
And not only would growth need to be stronger – it would need to be about twice as high, close to three per cent. Even in 2016, the ECB only expects overall growth of below two per cent. In countries like Portugal and Spain, the IMF suggests growth would have to be three times as strong or more – a tall order which might simply be unachievable given the current constraints.

The picture for investment is similarly dreary – even in the most fully-recovered economies, private investment lags behind pre-crisis levels. Greece, Ireland, Portugal, Spain and Italy still have a shortfall of more than a quarter in comparison to 2007. As the above chart shows, the recovery so far has not coincided with any credit growth to corporations – the IMF cheerily sums up the potential for further expansion under the same circumstances.

Credit-less recoveries are rare, especially in advanced economies, which suggests risks to recovery unless credit growth resumes (IMF, 2014). In addition such recoveries are associated with lower investment and output growth than in recoveries with credit. This, in turn, could have long-term consequences through lower potential output.