Hunt is right to take a firm line on China 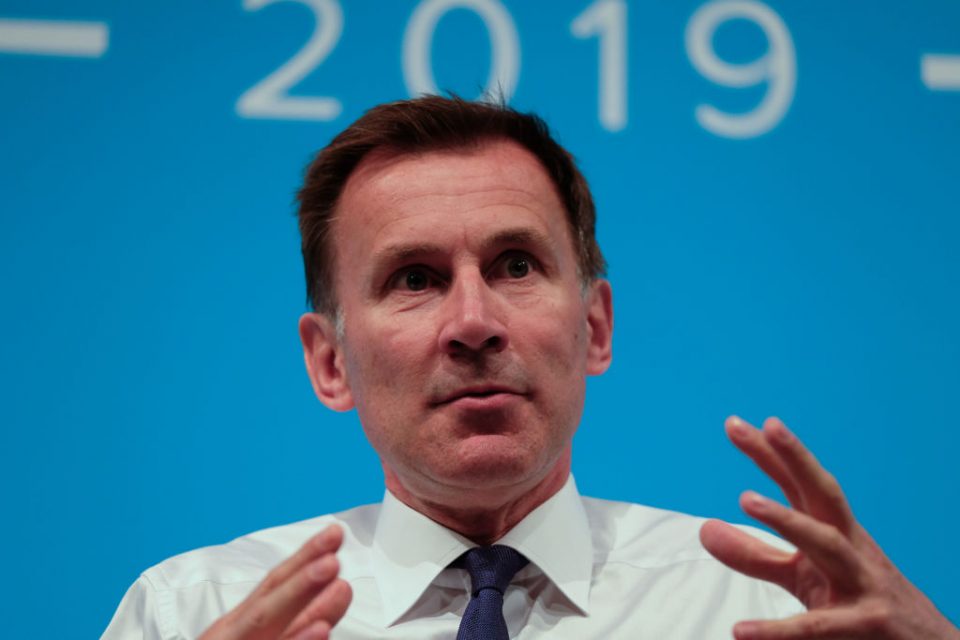 Jeremy Hunt has been talking tough on China. Is this because he’s the foreign secretary or because he’s in the fight of his life to become Prime Minister?

In a way, it doesn’t matter. What matters is that the UK stands up to China on a matter of law. The two countries signed the Joint Declaration in 1984, guaranteeing that Hong Kong’s political and economic freedoms were protected at least until 2047.

The agreement also ensures that a range of civil rights denied in China would not be eroded in Hong Kong. The treaty has allowed the city to become a financial powerhouse, with corporate and legal foundations based on British law, and has protected Hong Kong citizens from the authoritarian excesses of mainland China.

A free press, the right to assemble and other liberties have taken hold on the island and an entire generation has grown up with these rights protected. China has done what it can to chip away at these over the years, often via the promotion or exclusion of individuals in key positions, and it has built a formidable security and intelligence operation on the island.

The proposed extradition bill was just the latest in a long line of measures aimed at drawing Hong Kong closer to what China’s ambassador in London this week called “the motherland.”

The UK, along with most of the rest of the world, has made a cold calculation that it will turn a blind eye to the brutal authoritarianism of China’s government in pursuit of economic opportunity.

This newspaper has argued before that forging an economic relationship with the world’s second largest economy is entirely pragmatic, but we have also lamented the failure of leaders in Westminster and the City to stand up to China where necessary.

Now that treaty obligations are being unpicked by the Chinese, Hunt had no option but to take a firm line. China warns of grave damage to diplomatic relations if the UK continues to “interfere in its domestic affairs” but Hong Kong’s status is protected by a treaty to which both countries are signatories.

This is no mere province of mainland China, and allowing it a free hand in Hong Kong would be a moral failure as well as a breach of treaty obligations.