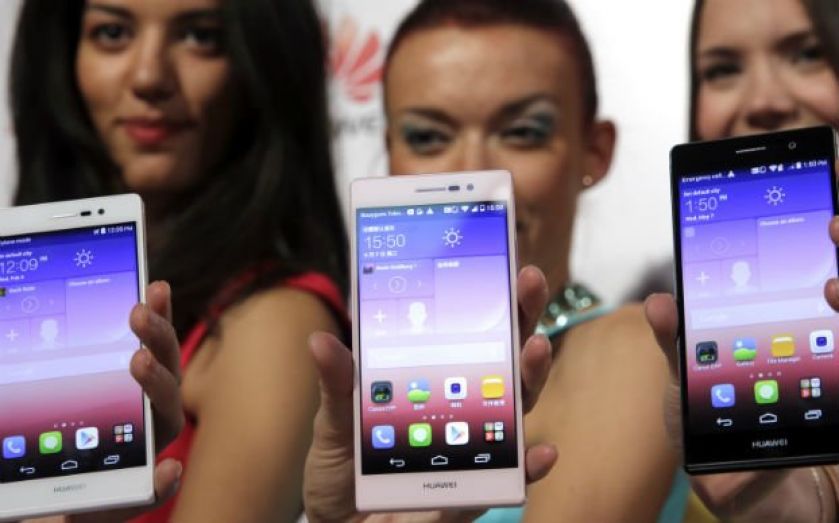 The Chinese smartphone-maker credited the rise to the success of its flagship Ascend models aimed at the mid- to high-end market.

It’s biggest launch to date, the Ascend P7 which debuted in May and is largely aimed at the higher spending Western market has sold almost 2 million units.

It has also sought to extend its global reach in competition with Apple and Samsung through sponsorship with a host of football clubs including Arsenal, AC Milan, Ajax, Borussia Dortmund, Paris Saint-Germain.

The smartphone maker said in the second half of the year it plans on further developing its 4G market and is aiming to launch more mid- to high-end devices and enter the nascent wearables business.

With 34 million shipments so far this year, Huawei is almost halfway to fulfilling its target shipments of 80 million for the year, according to Reuters. It compare to Apple’s 78.92m iPhone shipments in the last two quarters.

The figures compare to Samsung's massive 167m shipments in the last two quarters based on IDC research, however the South Korean tech giant is due to report its second quarter earnings on Thursday.

Based on the latest reports from smartphone makers and IDC figures, Huawei remains the third largest in the world behind Apple but has made considerable gains outside of its home market to produce healthy growth.

Apple’s assault on China has fared less well as Chinese newcomer Xiaomi overtook the US giant in sale share among chinese consumers, according to Kantar.

A surprise entry into the smartphone market, Xiaomi also jumped ahead of LG based on total global shipments for the previous two quarters, showing just how significant gaining a foothold in the Chinese market is for device manufacturers.