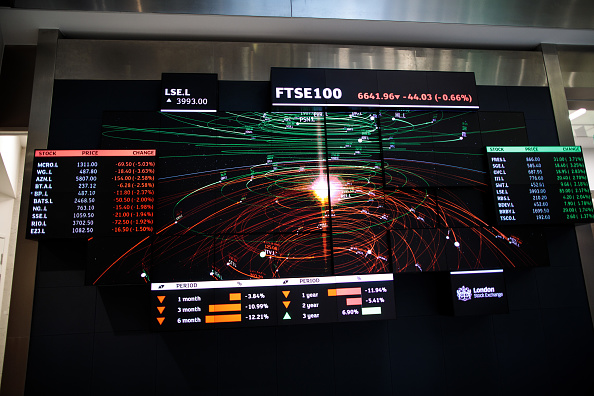 Britain’s FTSE 100 index has opened down this morning ahead of a crucial vote in the Commons on the government’s motion to hold a general election on 12 December.

The blue-chip index dropped 0.39 per cent in early trading. Opposition parties have indicated they won’t support the government in the vote, which is scheduled for this afternoon.

Prime Minister Boris Johnson needs the backing of two thirds of MPs for the vote to pass, but Labour has said they will only support the move if Johnson rules out a no-deal Brexit.

The Liberal Democrats and SNP have drawn up a rival bill to hold an election on 9 December, but only if a Brexit extension to 31 January is agreed. This vote would only need approval from a simple majority of MPs, and is considered more likely to pass.

“It feels as though we will see no deal risks elevated again – it’s still the default position – which would weigh on sterling,” said Markets.com’s Neil Wilson. “The market seems to have discounted no deal now, so any threat to that consensus could quickly open up a lot of downside.”

The pound rose as traders await parliament’s vote later on what is being dubbed a “Brexmas election”.

Tumbling HSBC shares also weighed on the FTSE this morning. Shares dropped over three per cent in morning trading after the bank announced an 18 per cent drop in third-quarter profit this morning.

Overnight, Asian markets hit a three-month high amid increased hopes of a US-China trade deal. It is believed the countries are close to agreeing the first stage of a trade deal.

Chinese and US officials said they were “close to finalising” some aspects of an agreement following high-level telephone discussions on Friday, the US trade representative’s office and Chinese Commerce Ministry said.

MSCI’s broadest index of Asia-Pacific shares outside Japan added 0.5 per cent in its third straight day of gains, reaching the highest level since late July.

Japan’s Nikkei also made gains, rising 0.3 per cent to a one-year high.