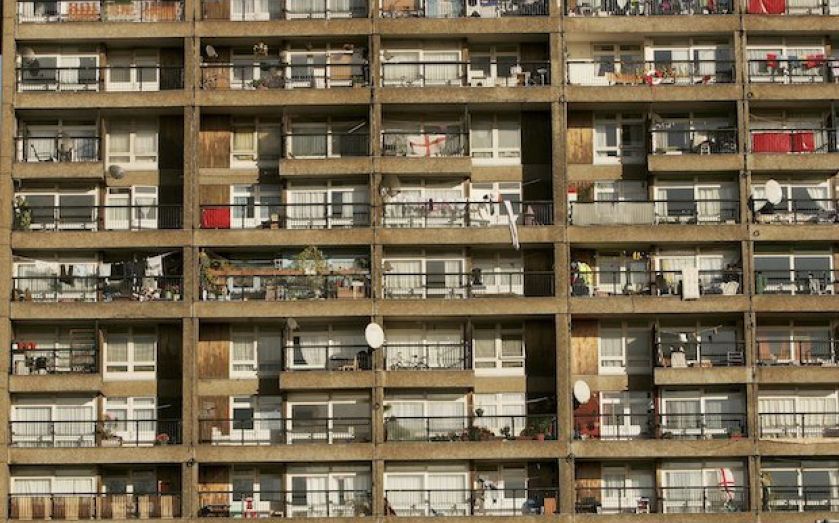 A QUIET announcement, with potentially significant implications for London’s housing crisis, lay hidden in the detail of last year’s Autumn Statement: the government will “explore options for kick-starting the regeneration of some of the worst housing estates through repayable loans.” Is this just another excuse to spend taxpayers’ money? I hope not. It could be a rational response to the capital’s desperate need for homes and our difficulty providing them. Around 360,000 multi-storey homes were built in London after the Second World War, mainly in large slab or tower blocks. This can be blamed on the 1956 Housing Subsidy Act, which paid builders over three times more to build a flat on the fifteenth floor as on the ground. This type of housing is provably less popular (80 to 89 per cent of us want to live in a normal house) and is correlated with poor social outcomes, even adjusting for socio-economic status. As built, they were not even particularly high density and have proved very expensive to maintain (up to 100 per cent more than traditional housing, according to some studies). Much post-war London housing has been a social and economic mistake. Due to poor quality, much of this stock will also need to be redeveloped over the next 30 years. Tragically, current redevelopment is placing huge costs on taxpayers and is often repeating the errors (albeit less savagely) of 40 years ago. Perversely, current rules in London are sharply biased against the high density streets and squares that have proved so popular for so long. We are building homes for planners, not for people. So how could we improve estate regeneration, reduce the ultimate cost to the taxpayer, while boosting growth, social integration and living standards? Data from many sources indicates that, quite apart from the social benefit, the long-term returns of developing low density post-war estates into attractive, high-density “normal” and well-connected terraced streets of houses and medium-rise flats could be fantastic. The Halifax House Price Index shows that “traditional” pre-1919 homes in a “conventional” street format in London have risen in price by 1,284 per cent since 1983. More modern equivalents have risen by 616 per cent. Savills research also shows how three conventional high-density street-based developments have generated 32 per cent more value per hectare and 9 per cent more value per developed square foot than the type of more complex spatial arrangement which is still, sadly, typical. Other Savills research shows how parts of London which are well-connected – and in the form of high-density terraced streets and squares – are more valuable, other things being equal, than areas which are not. Never forget that the highest density parts of the UK are places like Notting Hill, Chelsea and Pimlico. Meanwhile, research by Space Syntax (a spin off company from UCL) shows conclusively how the most valuable streets are those that are best connected (with an 88 per cent correlation between spatial accessibility and rateable value per square metre). US research by the Brookings Institute corroborates this, as does our own work. We have therefore started to explore ways in which the government could catalyse redevelopment of large, public sector housing estates, while ensuring that its capital (and its cost of capital) is fully returned. Based on our interim analysis, we believe that this is possible. One option would be to create a revolving fund. Local councils or housing associations could draw on it when commissioning large scale street-based redevelopment. It would be a loan not a grant. The fund should be available only for redevelopment of estates where running and unavoidable refurbishment costs make redevelopment the most rational long-term approach and where there is local support. The loan would be paid off using a mixture of surpluses of rent over running costs, private market sales, and recycled Right to Buy receipts. In a “typical” development, our indicative modelling implies that, if density could be increased, the income from rents and sales could pay back the loan over the medium term. Nothing is too good to be true, however. Defining how such a fund could be used is complex. And there would be risks if development is badly executed. But done well, we estimate this could provide an additional 250,000 homes in London, at no ultimate cost to the Treasury. It would also help build new, more socially-mixed neighbourhoods in London along the lines of the most popular and valuable parts of the capital. London property is too expensive for the good of the UK economy. Surely a massive increase of supply of normal housing that people want to live in is an idea worth piloting in the Budget? Nicholas Boys Smith is the director of Create Streets, a social enterprise encouraging urban homes in terraced streets not multi-storey buildings.