How dinner at the Golden Globes proved the influencer model 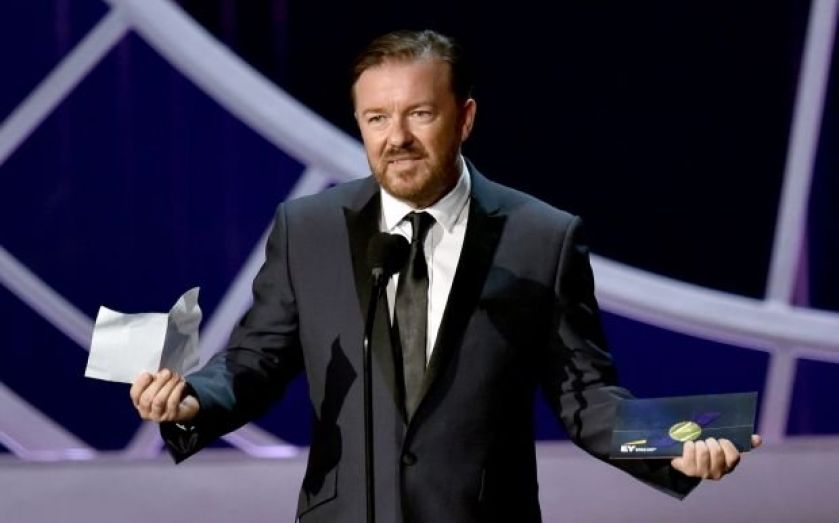 For many of us, Ricky Gervais was the real winner at the Golden Globes. As visceral and contemptuously cutting as ever, he lost no time in bludgeoning the previous pretentiousness that has blighted Hollywood’s beauty parades.

“If you do win an award tonight, don’t use it as a platform to make a political speech,” he told his A-list audience. “You’re in no position to lecture the public about anything. You know nothing about the real world. Most of you spent less time in school than Greta Thunberg.”

That said, I don’t agree that celebrities shouldn’t shy away from highlighting good causes. If you’re in a position to make a difference then it bears the recognition of responsibility to do so. However, where I – and I’m sure many of us who lived through the last decade – do agree with Mr. Gervais, is that making a stand shouldn’t involve giving a lecture (especially at an awards ceremony).

That’s why I was particularly interested in the menu on the night. Instead of enjoying a course of fish as had been planned, the Hollywood Free Press Association, which runs the awards, decided to go with an all vegan menu, giving their stars king oyster mushroom scallops and wild mushroom risotto.

“We don’t think we’ll change the world with one meal,” said HFPA president Lorenzo Soria. “But we decided to take small steps to bring awareness. The food we eat, the way it is processed and grown and disposed of, all of that contributes to the climate crisis.”

The nod to the climate crisis is pertinent, but so is the recognition that one menu will not save the planet, even if it is being eaten by its most famous people. If the 2010s were about getting the climate crisis on the agenda through rhetoric and awareness, then the 2020s should be about proving action.

One of the reasons the lectures made on Hollywood stages in previous awards editions drew such short shrift was because the message could not have been more aloof, essentially boiling down to: ‘I know this because I am famous. We need to change.’ But of course the ‘we’ never really countenanced the Hollywood private chefs and yoga instructors with the existence of us average schmucks.

So instead of getting on the soap box, it’s great to see celebrities making a subtle and measured statement that simply says vegan food is an option however big the event. As a vegan myself, this is a welcome message.

This is what the influencer model is all about. Having started out as a genuinely innovative and clever way to break out of staid media marketing, ‘influencing’ soon became the bane of creativity as brands simply resorted to using social media to piggyback off celebrities.

An issue like climate change requires no such celebrity endorsements: we all know it matters. But what it does need is demonstrable ways we as individuals can make a difference. Getting the world’s most famous people to do and say nothing unusual beyond not eating meat at a major function is a brilliant way to do that. No lectures, just a choice. No commercial coercion, just a choice.

Passive influencing can be the secret weapon for the great agendas of the next decade. It recognises the nuances we all have as individuals – there’s no push marketing. This is beacon lighting, not siren warning. If we start seeing vegan menus at other great events, be that state banquets or the Super Bowl, then we’ll know that change really is a choice and not just a message.

In commercial television, image is everything