How to beat addictive puzzling game 2048 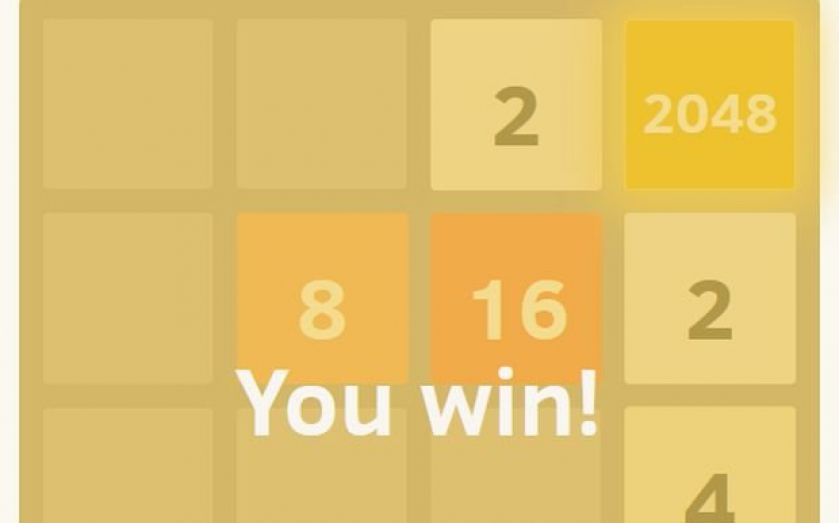 If you've tried 2048, then you're probably already aware of how fiendishly difficult, yet instantly addictive the puzzler is.

The creation of 19 year old Italian developer Gabriele Cirulli, it's based on 1024 by Veewo Studio and is described by the author as being "conceptually similar" to Threes by Asher Vollmer.

The aim of the game is to shuffle tiles on a 4×4 grid, combining counters of equal value until you possess the much sought after and eponymous 2048 tile. It's beautiful in its simplicity.

You can take the easy way out, and use this ingenious bot to win the game. But if you want to secure yourself a more satisfying victory, here's how to beat the system once and for all.

A successful play involves a pure strategy: Choose a corner. Stay in that corner. Do not compromise the corner.

As you start the game, pick one corner of the grid and direct your tiles in that direction. At no point should your highest value tile be anywhere on the grid but in a corner.

In order to stop it leaving you'll want to pack tiles around it to lock it in place, so that when the rest of your grid moves, that kingmaker stays put.

Here's how the early stages of your winning round should look:

The risks we have to take

Occassionally this can all go wrong. You'll end up in a position with no protective tiles to pack in your high value counter, and will have you have no choice but to let it slip free of its corner.

This is the scenario we're talking about.

The only available moves are to shift the grid left or down, dislodging the 512 chip, and possibly seeing a two or four spawn in its place. Don't panic – most successful games will require this gamble.

Calmly move in either direction, and move straight back right or up, depending on the path you chose. If a counter spawned in your corner, it's probably worth quitting here rather than wasting your time and pursuing victory.

Keep following that simple strategy and you'll soon find yourself with a line of chips from 1024 down to two. Now you can begin the process of linking them all up, and secure your place in the 2048 hall of fame.

This strategy doesn't win every time, but it's now delivered a pretty high win rate for myself. And once you've won, here are three new ways to play. Good luck win hunters!