It has bunny ears, chubby legs and a carrot in its hand.

This is the stainless steel rabbit which has just smashed records for the most expensive artwork to be sold by a living artist.

Until yesterday the record sum for a living artist belonged to David Hockney, whose Portrait of an Artist (Pool with Two Figures) sold for just over $90m last year. 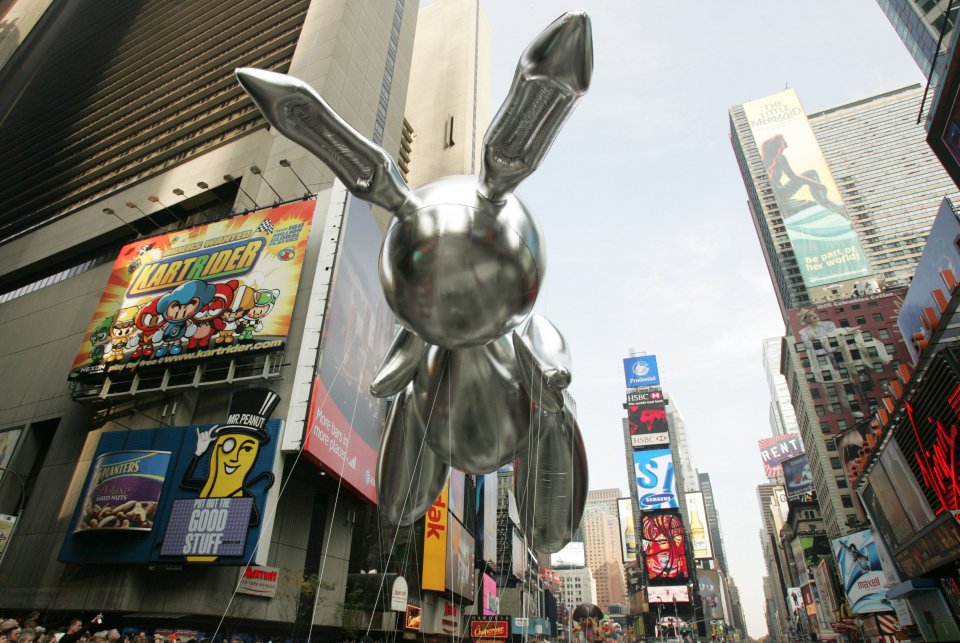 But yesterday that figure was overtaken by the Rabbit, described by the auction house as "one of the most iconic works of 20th-century art”, which was bought for more than $20m over the estimated price.

According to the New York Times, the buyer is Robert Mnuchin, father of current US treasury secretary Steven Mnuchin.

Earlier this week the art world celebrated another record-breaking sale after a painting by Claude Monet was snapped up for $110.7m in a Sotheby's auction.

The "Haystacks" painting, an oil on canvas titled "Meules", became the first ever Impressionist artwork to fetch more than $100m at auction.