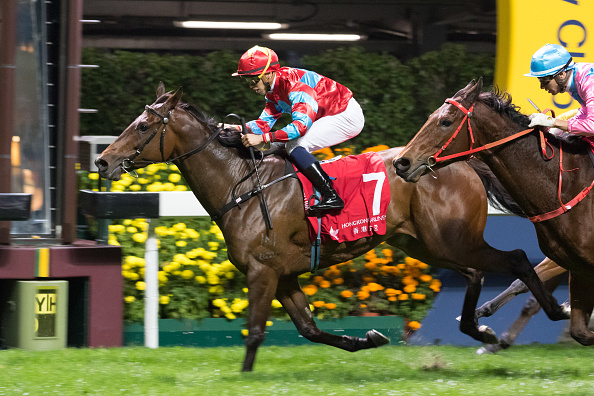 HAPPY Valley hosts another competitive and intriguing eight-race card today. Finding winners is never easy on the tight, turning inner city track. However, today’s winners will be even trickier to find as racing takes place on the ‘A’ course.

The home straight of the ‘A’ course is just over 300 metres long, and statistics over the last three seasons point to horses with low-draw numbers.

This is especially the case in six-furlong and extended-mile contests, with low-drawn runners having a big advantage over their wide-drawn rivals.

An ideal scenario for finding winners would be a horse drawn low who races up with the pace and can find an extra gear in the home straight. But that’s easier said than done!

In fact, Purton is now on a losing sequence of 13 which must have been bad news for his thousands of supporters.

This ended an unbelievable sequence from the 36-year-old Australian of 11 winners and five places from his previous 18 rides.

Purton has his card fully booked at the Valley today, and it would take a brave man to believe he will leave the track empty-handed.

He has opted to climb aboard the John Moore-trained Happy Warrior again, having won on the five-year-old over course and distance last month, something Douglas Whyte, Joao Moreira and Silvestre de Sousa haven’t managed.

They line up in 12.45pm over the extended mile, but this time have the outside draw and a 5lb penalty to overcome.

Maybe Purton has chosen the wrong horse this time, as in opposition is NABOO STAR whom he rode when they dashed home too late to catch Merrygowin over the course and distance a fortnight ago.

This lightly-raced, Australian-bred four-year-old was bought for around £550,000 at the Hong Kong International Sales a year ago, and after four runs should now be at his peak.

The concern about him staying the trip has been put to bed and he can be considered an unlucky loser, having had his passage blocked when unleashing his challenge at a crucial stage.

With the draw to his advantage, allowing him to sit closer to the early pace, and strong young jockey Chad Schofield in the saddle, he has bright prospects of landing his first success.

Purton will fancy his chances later on the card when he renews his partnership with the John Size-trained Har Har Heart, who will be seeking to compensate supporters for an unlucky defeat by Arcada two weeks ago.

They are guaranteed to be all the rage in the 1.15pm over the extended mile, but the form book says they have a tough task to beat RACING LUCK.

This son of Street Cry should have more than one win to his name, having been unlucky on a few occasions already this season.

However, he did get it right when proving too strong for Har Har Heart over course and distance in January,

and with top claimer Dylan Mo in the saddle, finds himself still slightly better off at the weights.

A recent encouraging trial should put him spot on for this contest.