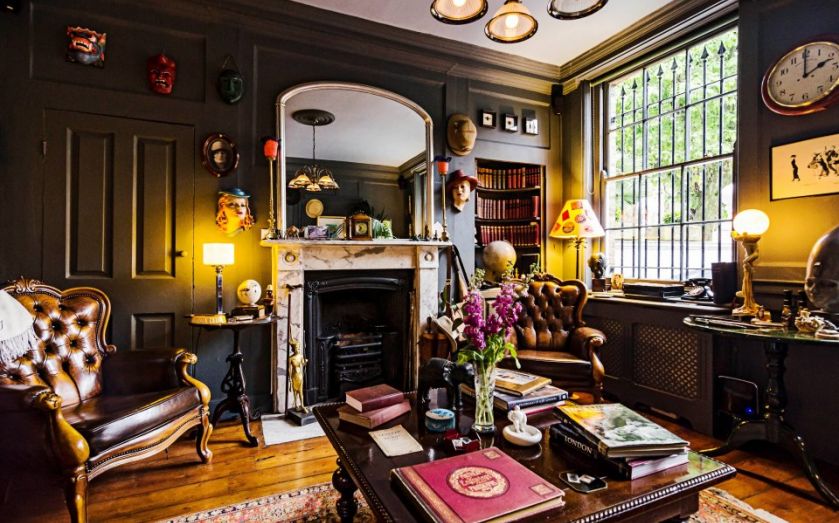 Before the Giraffes, Byrons and Starbucks, before the lawyers moved in with their taste for organic food and artisan delis, the area we now know as Angel was famed for something altogether more prosaic: bricks.
As urban London expanded in the early 18th century, local merchants took advantage of the sturdy outer-London soil and built brickfields on the meadows of Islington.
It was during the bricking boom that this handsome Grade-II listed Georgian house was built between “Canbury” and “Shordich” (as the areas were then known). One of the oldest surviving houses in Islington, 59 Colebrook Row has had a varied history. For 150 years it was a builders’ merchants and before that it was an academy for young gentlemen.
Retired media company owner George Berg bought the property in 2004 with the intention of returning it to its genteel past. After painting the walls in period colours, he fitted chandeliers, grand old fireplaces and wood panelling throughout. A frequent traveller to India on business, he complemented the period theme with striking design features sourced directly from the subcontinent.
For Berg and his wife, attention to detail was key. In order to get a kitchen in keeping with the period style, the couple had hand-crafted counters and units installed in the previously unused basement. They also converted the old cole-hole into a studio and wine cellar, and installed a roof garden.
Not that the house was lacking in outdoor space: the walled courtyard, which is partially surrounded by the property on all sides, provides tranquility and privacy in one of London’s most buzzing boroughs.
With four uniquely furnished reception rooms, an open plan kitchen and breakfast room, three spacious double-bedrooms, plus the potential to expand the property by 1,000sqft, £3.5m is a steal.
For viewings, call Hamptons International on 020 7226 4688