Here's how a market in organs could clear kidney waiting lists 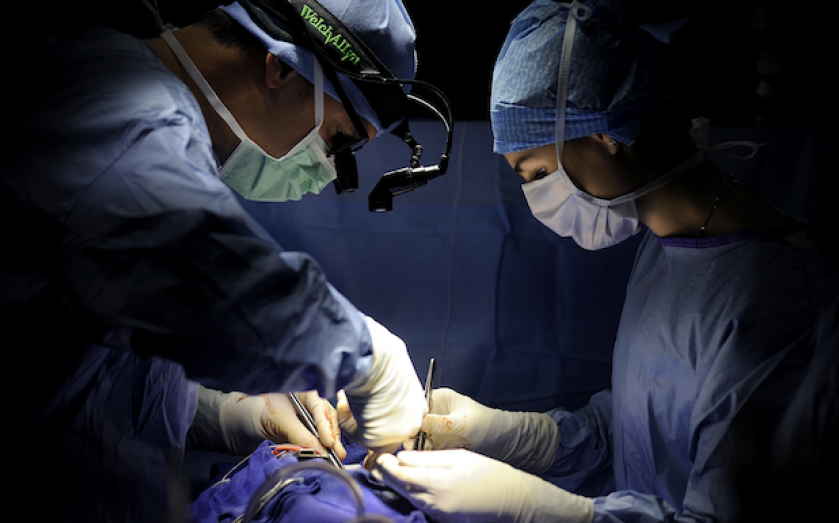 Scotland has just seen the successful example of a kidney pairing scheme that allowed Sue Heathcote, 55, to receive a transplant.

The scheme involves swapping kidneys between one incompatible donor and recipient and another mismatched pair. Sue had been unable to find a match until she registered for the scheme.

"I still had to agree to donate my kidney as the altruistic kidney was in the pool and therefore someone would still need mine," she added.

The lead clinician for transplant at NHS Greater Glasgow and Clyde, said:

The benefit of this type of donation is that each recipient receives a transplant that they would otherwise not have.

While the success of this individual case is certainly to be welcomed the UK continues to suffer from a dire lack of kidney donors, with 6,000 people left on the kidney waiting list between April 2012 and April 2013, according to NHS Choices. Recent studies suggest that as many as a million people may be suffering from undiagnosed chronic kidney disease (CKD).

300 people die every year waiting for a kidney, with CKD costing the NHS £1.4bn in 2009-10. However, the situation in the UK pales in comparison when one examines the figures in other countries.

Appeals to altruism have as of yet failed to draw enough kidney donations to get significant numbers of seriously ill patients off dialysis. This is despite the fact that most of us do not need our second kidney.

A solution to the chronic undersupply of kidneys that has often been touted by economists, has been to allow a legal market in the buying and selling of kidneys. Kidneys are already bought and sold throughout the world in black markets, with little regard for the sellers health and great uncertainty over whether they will be paid in full if at all.

There has in fact been only one country that has legalised the buying and selling of Kidneys – Iran.

In 1988, Iran legalised living non-related donation of kidneys and set-up an associated transplantation system, where donors are compensated for their kidney. In the first year of its operation the number of transplants doubled, with nearly four fifths from living unrelated sources.

Donors are paid by the government and receive free health insurance and often payment from the recipient or charities. Buyers and sellers are matched with the help of two-state surveyed charities. The average price for a kidney varies between $2,000 (£1,200) and $4,000.

Speaking on the effects of the Iranian system in 2012 Dr Benjamin Hippen, a transplant nephrologist with the Carolinas medical centre in North Carolina, said:

Iran appears to have successfully addressed the shortage of organs, incentives for organs have not substantially attenuated the growth and development of organ procurement from deceased donors, and reported outcomes for recipients have been favourable.

Indeed, the programme of kidney markets in Iran has been so successful that the country has now cleared its waiting list for kidneys entirely.

UK waiting lists on other hand, remain long and it is still illegal to sell kidneys in Britain creating an effective price cap of zero.

It should come as no surprise that when the price of kidneys in Iran was allowed to rise the supply of kidneys increased.

The supply curve of transplantable kidneys is upward-sloping. If the price of a kidney rises more people may overcome their initial squeamishness and decide they would rather have cash to buy goods and services or pay off debt than retain their spare kidney.