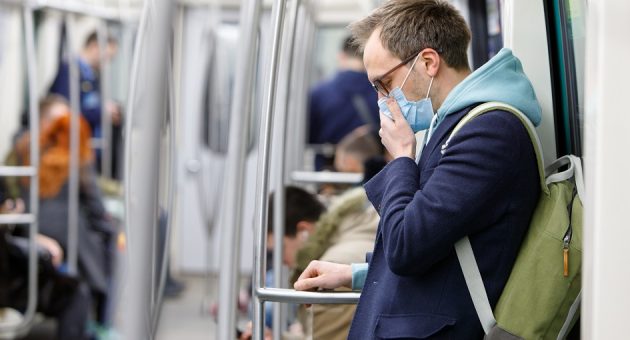 How should investors act in a crisis?

Heathrow Airport’s third runway expansion has stalled, after a challenge in the high court was upheld in the Court of Appeal.

The court found that the government’s policy statement for the third runway was “unlawful” as it did not take into account the government’s commitment to the Paris Climate Agreement, a challenge brought by mayor of London Sadiq Khan, Friends of the Earth, Plan B and several local authorities.

Other parts of the challenge to the statement on noise and air quality were not upheld by the court.

A separate challenge issued by Heathrow Hub, authors of a rival plan to expand the airport, also failed.

However, Lord Justice Lindblom found the policy statement written by the Department for Transport (DfT) “did not take account of government policy relating to the mitigation of and the adaption to climate change”.

“We have concluded in particular the designation of the [policy statement] was unlawful by reason to failing to take into account the government’s commitment to the Paris agreement on climate change,” he said.

The government has confirmed it will not appeal the decision, leaving the DfT to now re-write the policy statement.

Lindblom said: “The appropriate remedy is a declaration to declare the designation unlawful and prevent it has any legal effect until the secretary of state [Grant Shapps] has taken a review of it.”

A spokesperson for Heathrow said that the situation was “eminently fixable”.

They said: “The Court of Appeal dismissed all appeals against the government – including on “noise” and “air quality” – apart from one which is eminently fixable.  We will appeal to the Supreme Court on this one issue and are confident that we will be successful.

“In the meantime, we are ready to work with the government to fix the issue that the court has raised.

“Heathrow has taken a lead in getting the UK aviation sector to commit to a plan to get to Net Zero emissions by 2050, in line with the Paris Accord.”

The original challenge to the expansion was issued by Khan, several local authorities and environmental groups.

The challenge failed in May 2019, however the appeal was heard in October and the verdict given this morning.

It referred to the DfT’s policy document outlining the project, claiming that it does not properly deal with the impact on air quality, climate change, noise and congestion.

Parliament backed the statement in 2018, voting 415-119 in favour of going ahead with Heathrow’s expansion.

Khan said this morning’s judgement was “a victory for Londoners and future generations”.

“We face a climate emergency and I’m delighted that the Court of Appeal has recognised that the Government cannot ignore its climate change responsibilities,” he said.

“A new runway at Heathrow would have serious consequences on climate change, on air quality, on noise pollution, on road and rail networks and on the quality of life in our city.

“The government must now finally see sense and abandon plans for a third runway at Heathrow.

“We really are facing a climate emergency and it’s about time the government started taking action to address this. I will continue to stand up for London by doing everything I can to stop a new runway at Heathrow airport.”

Heathrow Hub, meanwhile, still said that its option for airport expansion was the only way forward, despite its challenge being thrown out of the court.

The group’s plan is to extend the northern runway of the airport, instead of adding a third runway.

“By contrast, the Extended Northern Runway is a much cheaper and greener scheme,” he said.

Today’s decision marks a huge victory for campaigners against the third runway.

The issue has been an ongoing saga in the capital for more than a decade.

Boris Johnson, when has was mayor of London, vowed to lie down in front of the bulldozers to prevent the project from going ahead.

However, his stance on the third runway now is less clear.

“I’m delighted that this crucial decision paves the way for putting an end to this polluting project once and for all,” she said.

“In the face of a climate emergency, we can’t keep investing in airport expansion.”

Paul McGuinness, Chair of the No 3rd Runway Coalition, said: “Clearly the courts have found an irredeemably large hole in the Government’s airports national policy statement which will now have to be withdrawn.”