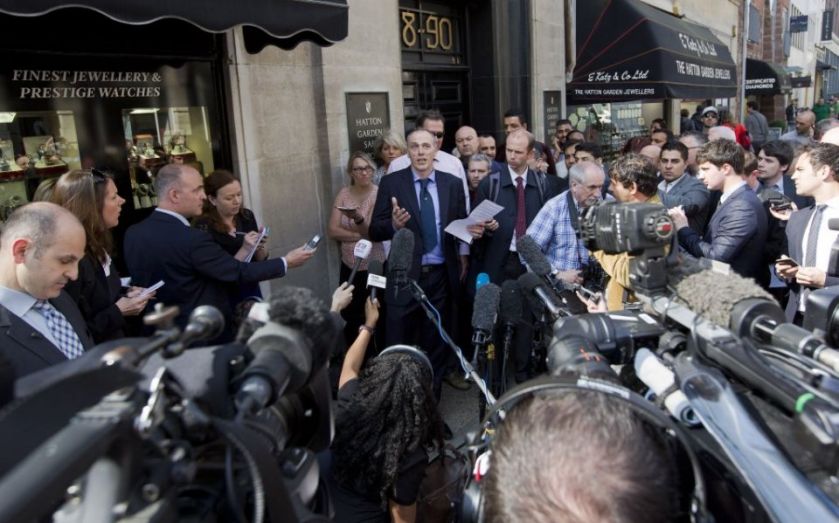 The Hatton Garden jewel thieves who have made off with what is believed to be millions of pounds worth of valuables did not break into the premises, the investigation suggests.

There was “no sign of forced entry” to the building, a police statement released this afternoon revealed.
Hatton Garden Security Deposit Limited shares its premises with a number of other businesses. The entrance is communal.
Once inside the thieves disabled the communal lift on the second floor and then used the lift shard to climb down into the basement.
They then forced open shutter doors into the basement and used the heavy duty drill Hilti DD350 – which retails for nearly £3,500 – to make their way into the vault by boring holes into the vault wall.

The Metropolitan Police have identified this drill as the type used in the heist (Source: Hilti)

The wall is two metres thick and made of re-enforced concrete.
Once inside they forced open up to 70 safety deposit boxes. Estimates have suggested up to £200m could have been stolen.
The police statement added:

The scene is chaotic. The vault is covered in dust and debris and the floor is strewn with discarded safety deposit boxes and numerous power tools, including an angle grinder, concrete drills and crowbars.
Officers are in the process of identifying the owners of the safety deposit boxes and as we do, we are contacting them to take statements and find out what has been stolen. This is a slow and ongoing process. A forensic examination of the scene for evidence is ongoing.
This is a painstaking process but is essential to ensure officers can gather as much evidence and opportunities to identify the thieves.