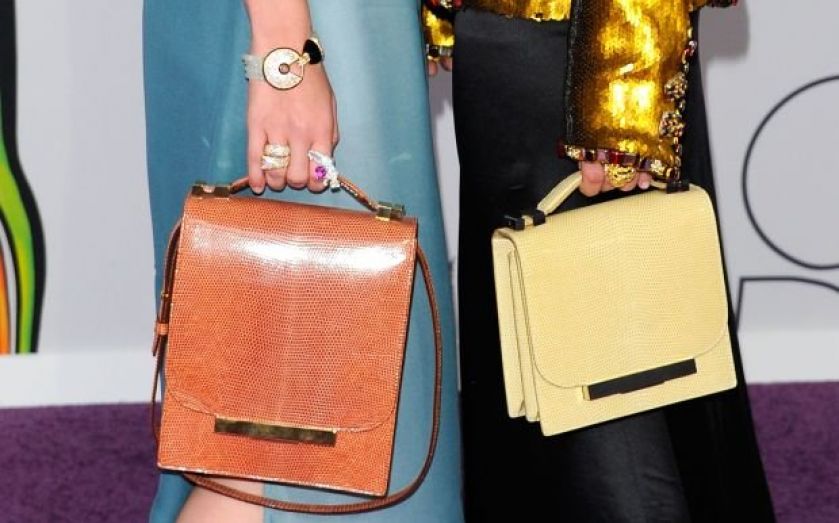 RBS’ atrium became a flurry of activity last night as it hosted the annual Bag Ladies event, which saw handbags from the likes of Anya Hindmarch, Victoria Beckham and Burberry go under the hammer in aid of the British Association for Adoption and Fostering.

Supported by RBS and run by ex-JP Morgan Cazenove comms director Tessa Murray, the fun event raised £30,000 and attracted handbag-hungry City ladies from far and wide, including Nicola Horlick, whose handbag designer daughter Alice Horlick auctioned off one of her bags (pictured).

“We can’t reveal how much the ladies each pay, though – they wouldn’t want to advertise their handbag addictions so publicly,” Murray told us.

■ IT TURNS out chief exec of Saxo Bank, Lars Seier Christensen, won’t be dining alone with fund manager Jim Mellon when they decide to go on their power lunch (which raised £8,000 on eBay for Wellbeing of Women). Mellon tells The Capitalist a rival bidder who matched the £4,000 will be going, too. The identity of the lucky diner is still a mystery, but we’ll bring you more news when we root it out. We wonder how Christensen will feel…

■ THE RIBBON was cut last night on London’s highest members club, ClubLoung39 at One Canada Square. As you might guess from the name, the club is a part of the Level39 fintech incubator and aims to get Canary Wharf’s technologists sipping Sauvignon with the Wharf’s wallets. “I’m a member of a few of London’s members’ clubs and they don’t go out of their way to say it’s okay to do business,” Level39 chief exec Eric Van Der Klij told The Capitalist. “We want to accommodate the investors and the entrepreneurs in a place where they’re as comfortable deal making as dining.” As for the new club’s lofty credentials, Eric thinks he might even have the highest restaurant, as well as highest members club in London. “The restaurant in the Shard is only at level 34,” he told us. There’s a challenge in there somewhere.